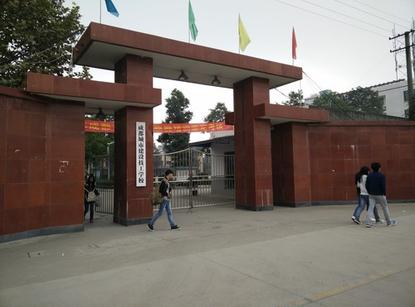 The vocational school in Chengdu, China, offers courses in car repair, mechanics and electronics manufacturing, among others.

But according to a labor protection group, the school is also at the center of a cover-up involving students illegally working at a factory that builds phones for Samsung Electronics.

New York-based China Labor Watch believes it has proof of its claims, even as Samsung, the school and the factory have all disputed the allegations.

On Wednesday an official at the Chengdu Urban Construction Vocational School said: "We have sent no students to work at any factory."

On the same day, China Labor Watch said it had gathered more evidence, and issued a new report on its findings. In August, the group had alleged that Samsung supplier HEG Technology had hired over 10 underage workers to build company products at its factory in Huizhou, China.

China Labor Watch said it had found one of the workers to be 14 years old, below the minimum age for factory work.

Samsung, however, was quick to refute the claims, stating in August that it had conducted its own investigation of the factory, and found no underage or students workers at the site.

"We haven't hired any underage workers," said an employee at HEG Technology last month in a phone call. She declined to comment any further, only to add that the matter had been resolved.

China Labor Watch has called the lawsuit a "farce," and said that its director had yet to be served with official court documents. To back up its allegations against HEG Technology, the group tracked down some of the workers it alleges were employed at the factory while under age.

Nine of those workers were found attending Chengdu Urban Construction Vocational School, China Labor Watch said in its newest report, which relied on interviews with a group of students. During their time at the factory, they assembled phones for Samsung and the Chinese brand Oppo.

Starting in late May, the vocational school had sent over 200 students to work at HEG Technology as part of a three-month internship, so that the students could pay off their tuition fees, according to China Labor Watch.

Some of these students were under the age of 16, but the school used the IDs of older classmates so that they could be hired, China Labor Watch alleged.

Not only did the school knowingly send underage students to work at the factory, but it's also been trying to cover up any involvement, according to China Labor Watch.

Personnel from the Samsung supplier had at one point visited a school to conduct an investigation, but "students were told by the school not to reveal that they had worked at HEG," the report said. The school's principal even went as far as to threaten to levy fees on students found telling the truth, the report added.

Last month, IDG News Service briefly spoke to a group of six students attending Chengdu Urban Construction Vocational School. All six students confirmed that they had worked at the HEG Technology factory earlier in the year, as part of an internship. The students said their ages were 17 and 18.

Samsung was contacted about China Labor Watch's newest report, but the company did not immediately respond to a request for comment.

The Korean tech giant has said it will cut ties with any supplier found hiring underage labor.