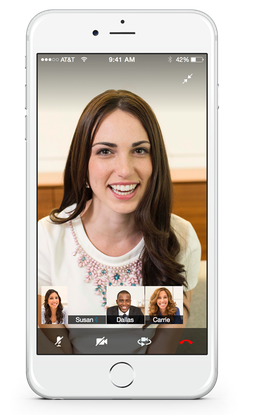 Cisco will package and deliver enterprise collaboration capabilities via a mobile and Web app built to replicate the ease of use of consumer software but designed for ad hoc, workplace team interaction.

The app, called Project Squared, joins a growing number of "consumerised" enterprise mobile and Web apps built by startups and designed to put a spin on collaboration, messaging, productivity, video conferencing and communications.

Some of those include Cotap for enterprise mobile messaging, Quip for word processing and spreadsheets, Slack for chat room-like communication, SmartSheet for project and task management and Vidyo and Blue Jeans Network for cloud-based video conferencing.

Gartner analyst Adam Preset views Project Squared as competing more directly with enterprise mobile messaging apps modeled after consumer messaging apps, like Whatsapp. "Cisco seems influenced by this trend and, like competitors in the enterprise mobile messaging space, can make a good case that Project Squared can help the workforce be more agile, respond more quickly to change, and reduce some the friction that comes along with more formal and structured enterprise IT solutions," he said via email. "This market is still developing and dynamic and there's room for competition."

A beta version of Project Squared is being announced at Cisco's Collaboration Summit on Monday and made available for free download for iOS and Android devices. The app, which will also be available for MacOS computers and whose Web version works on Chrome, Firefox and Safari, lets users communicate via text chat, audio and video, hold multi-party meetings and share content.

Cisco's motivation in building Project Squared, according to analyst Tim Banting from Current Analysis, was to develop a tool that is as familiar and friendly to use as the consumer apps people use for their personal lives.

"Vendors such as Cisco, have recognized the Consumerization of IT and are taking steps to replicate the simplicity and usability of these apps without having to compromise on business requirements such as security and manageability. Cisco's Project Squared is such an example," Banting said via email.

Project Squared users can launch "team" rooms, invite fellow employees or outside collaborators and begin to interact in the various ways made possibly by the app. Files shared via the app are hosted in the Cisco cloud, which also provides what the company describes as "end to end" content encryption.

Project Squared gives Cisco a place at the enterprise mobile app table, since it's free for anyone to download, so employees can start to use it without necessarily getting approval from their IT departments.

"Cisco is filling in a gap in their portfolio, the use case for small, agile teams that want robust mobile apps but don't need more complex services and tools like WebEx or dedicated hardware endpoints for every bit of work, even if they have them," Gartner's Preset said.

Still, he was somewhat surprised that Cisco decided to build a brand new app instead of extending existing collaboration and UC products.

"One might expect Cisco to continue to make incremental improvements to existing platforms and clients, so seeing them build something new is not altogether expected. What makes it fit well in Cisco's portfolio is the real-time communication element, the ability to spin up an ad hoc video chat in the app. Seeing Cisco as a player in mobile messaging and collaboration will take getting used to," he said.

Many of Cisco's collaboration and UC products have mobile components, including most notably the desktop Web conferencing tool WebEx and the Jabber enterprise IM system. It's unclear whether Project Squared will overlap and eventually possibly replace some of those existing mobile apps.

Preset doesn't view Project Squared as a WebEx replacement. "Project Squared is really a blend of mobile messaging, working with files, and real-time video in a room metaphor. I can envision a scenarios in which small, highly mobile teams use Project Squared for quick, ad hoc messaging and video, but still lean on WebEx for more complex, scheduled, and larger meetings," he said.

For now, Cisco is saying that the Project Squared app integrates with WebEx, as well as with third-party calendar apps, Microsoft's Active Directory, and Box's enterprise cloud storage and file sharing service. Specifically for Box, Project Squared users will be able to call up files from their Box repositories and view them within the app's team rooms without having to download them.

The Box integration is a good first step, but enterprises will also expect similar links with other cloud storage repositories where their employees keep their content, including Dropbox, Microsoft's OneDrive for Business and Google's Drive for Work, Preset said. Similarly, enterprises invested in Google Apps, Office 365 and other collaboration suites need to determine just how extensible and interoperable Project Squared will be.

"It is not yet obvious how well something like Project Squared will play alongside or augment those experiences. Squared users might be siloed unless there's integration," he said.

While the app will be free, it will have fee-based premium features. Cisco expects to release a finalized version of Project Squared in the second quarter next year.

At its Collaboration Summit, being held this week in Los Angeles, Cisco also announced the Telepresence IX 5000 Series, a high-end video conferencing system with three 70-inch screens, three 4K ultra high-definition cameras and a "theater quality" sound system with 18 speakers, a subwoofer and a microphone array with more than 17,000 micro holes.

Thanks to H.265 compression, the IX 5000 requires half the bandwidth and less power than prior three-screen systems from Cisco. Cisco estimates that two people can set it up in eight hours, again half the time of previous, similar systems. It's scheduled to ship in December.