The deal will make Yahoo's video ad platform the largest in the U.S., it says 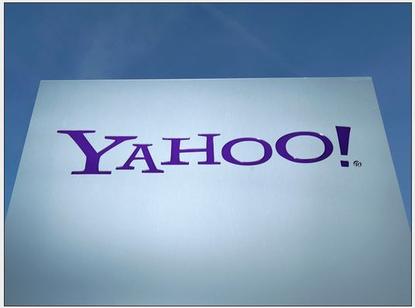 In 2012, Yahoo accidentally leaked the private key that was used to digitally sign its new Axis extension for search and browsing for Google Chrome. Security blogger Nik Cubrilovic discovered the package included the private crypto key used by Yahoo to sign the extension, noting it offered a malicious attacker the ability "to create a forged extension that Chrome will authenticate as being from Yahoo." Yahoo was forced to release a new version of its Axis extension for Google Chrome after that. In another unrelated incident for Yahoo, the company acknowledged that about 450,000 unencrypted passwords and user names were stolen from its Contributor Network, taken by a group calling itself D33Ds Company.

Yahoo is acquiring the video advertising platform BrightRoll for $640 million, in a move that could help to offset declines in its traditional display ad business.

The deal was announced Tuesday and is one of Yahoo's largest acquisitions since it bought Tumblr last year for just over $1 billion.

Yahoo already runs video ads on properties like Yahoo Screen, but BrightRoll's system gives marketers a way to buy ads in real time across thousands of websites and mobile apps.

"Online video advertising is increasingly fragmented across thousands, if not millions, of sites and mobile apps," the companies said. Advertisers want ways to buy video ads at scale and across many sites in fewer, simpler transactions.

The deal is expected to close by March and will make Yahoo's video advertising platform the largest in the U.S., they said.

Yahoo has struggled to grow its ad business and compete better against Google and Facebook. It may have made some progress lately, reporting in its earnings call last month that its native ads are doing well on mobile.

It's been struggling in the area of traditional display ads on the desktop, however. But it contended Tuesday that video ads are the new display advertising.

"Video is display 2.0," CEO Marissa Mayer said in a post on Tumblr.

"Its what brand advertisers love. Its a format that elegantly and easily transitions from broadcast television to PC to mobile and even to wearables," she said. "This is why video is a key part of our strategy."

It can also replace the branded banner ad, according to Mayer.

Digital video advertising is increasing at "an eye-popping rate," eMarketer said recently, although spending on TV ads still outpaces it.

BrightRoll's revenues are expected to exceed $100 million this year, Yahoo said. The company expects to retain its team of roughly 400 employees.