VMware to launch local Cloud in 2015

VMware has announced that it will be launching its vCloud Air Network of services in the Australian market in first half 2015, addressing local data sovereignty concerns. 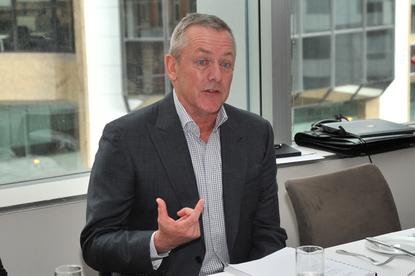 VMware has announced that it will be launching its vCloud Air Network of services in the Australian market in first half 2015, addressing local data sovereignty and infrastructure migration concerns.

VMware’s A/NZ vice-president and managing director, Duncan Bennet, will announce the Australian launch today, at VMware’s vForum in Sydney’s Luna Park. It will be the 10th anniversary of the Australian event and VMware claims it has 7214 attendees expected.

VMware vCloud Air launched in the US in August 2013, with the UK, Japan and Germany following this year. No firm date was confirmed for the Australian launch other than the first half of 2015, and VMware would not confirm which customers or partners were currently testing the product locally.

The Australian version of the service will be “owned operated and supported by VMware", said Bennet, and new versions will be rolled out every four weeks.

VMware claims vCloud Air’s offering differs from other public Cloud providers in that the focus will be on allowing customers to seamlessly extend their existing on premise infrastructure, including mission critical workloads, seamlessly into the Cloud as part of the same stack, with no vendor lock in.

“Among organisations that have indicated that they remain tentative about public Cloud adoption, they often cite complexity in two main areas as key issues: cross platform compatibility and flexibility.

“Australian businesses want the ability to shift workloads between private and public Clouds with no fuss, without their data becoming locked into one of the other.”

Telstra, Deloitte, Datacom, Rackspace and Data#3 have been confirmed as partners for the 2015 launch, and VMware hopes to add many more before launch.

vCloud will run on any hardware infrastructure, including rivals, such as Cisco which is also offering its Intercloud platform with Telstra.

It claims that more than 2000 independent software vendors applications are already supported on vCloud. vCloud Air will be broken down into three main offerings: Dedicated Cloud, Virtual Private Cloud and Disaster Recovery.

Dedicated Cloud will focus on enterprise apps, such as email, SAP and Oracle. Virtual Private Cloud is designed for burst workloads, such as web apps and new application development. Disaster Recovery, which is a core part of VMware’s offering, will offer an unlimited number of test failovers, including 30 days of real life failovers.

Already the company said it has 2200 partners in the Australian market, who will have access to the underlying technology to brand their own solutions. Alongside its reseller partners, Telstra will also be using its channel teams to service the market.

Telstra has purpose built and commissioned a brand new datacentre in Melbourne, which it will host and will take to market. Through its network of service providers, VMware said there are more than 20 datacentres available in Australia. Users can also choose their geographies outside of Melbourne, and VMware plans to expand its base in New Zealand.

However, VMware will not be allowing white labelling of vCloud for partners.

When asked why how VMware’s partners are expected to compete with Telstra on cost, Bennet said the idea is to “compete on capability.”

“We wanted the widest possible route to market,” he said.

“The service will be price competitive, but it is a very different service to our competitors.”