The ratings: Most net neutrality groups get poor grades for funding transparency 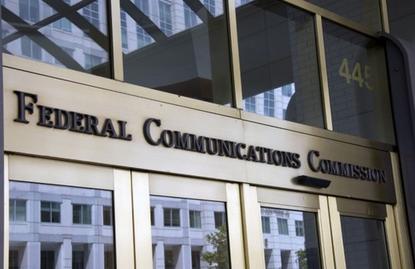 Some groups involved in the current net neutrality debate at the U.S. Federal Communications Commission have limited funding transparency.

After a spate of news stories about alleged "astroturf" advocacy in a contentious U.S. net neutrality debate, the IDG News Service looked into the funding transparency of several think tanks and advocacy groups involved in the issue. Several disclose limited or no information about their funding, we found.

Astroturfing is commonly defined as a lack of funding transparency, paired with the appearance of grassroots support.

The IDG News Service looked at 14 of the most prominent think tanks and advocacy groups involved in the debate. The following list is not exhaustive, however. It does not include some small organizations, and a handful of groups that have joined the conversation recently.

For this report, IDG News Service did not dig into the funding of technology and telecom trade associations, which are generally funded by their members. We did not include several companies actively involved in the net neutrality debate, nor did we examine the funding sources of the many policy economists issuing reports on the effects of net neutrality rules.

The ratings below are inspired by transparency ratings of think tanks released in May by Transparify, a transparency advocacy group.

Transparify, funded by liberal philanthropist George Soros' Open Society Foundations, did an extensive study and rated think tanks on a five-star scale. IDG News Service's ratings are based on information on organization's websites, coupled in most cases with an email questionnaire. Most organizations responded to the questionnaire, but a handful did not.

One note about contributors: Several think tanks and advocacy groups involved in the net neutrality debate accept funding from foundations and other donors that do not disclose their own sources of funding. Open Society Foundations -- formerly called the Open Society Institute -- gives money to a handful of net neutrality advocacy groups, but Transparify gave it zero stars for transparency.

Grade A: The group listed major contributors, along with the specific amounts donated.

Grade B: The group listed major contributors and grouped them in broad funding brackets.

Grade D: The group provided names of a limited number of a larger group of contributors, or the group's information about contributors was outdated or no longer available.

Grade F: The group provided no information about contributors.

We divided the advocacy groups and think tanks into two groups: those generally calling on the U.S. Federal Communications Commission to reclassify broadband as a regulated public utility, and those opposed to reclassification.

The Center for Democracy and Technology, a prominent, 20-year-old digital rights group, has encouraged the FCC to explore a range of options for passing net neutrality rules. Until recently, the group's main funding report came from a list of donors, along with a pie chart breaking down the source of contributions by industry, but not by individual donor.

In recent days, however, the group has posted its complete 2013 U.S. tax form, including a list of major contributors that most other nonprofit organizations don't make public.

The pie chart noted that e-commerce companies contributed 19 percent of CDT's US$4.9 million 2013 budget, while foundations contributed nearly 22 percent. Google, the Markle Foundation, Microsoft, Facebook and Verizon Communications were among the group's top donors in 2013, according to its tax form. Transparency grade: A.

Fight for the Future, a group founded in late 2011, lists top contributors on its website and puts their names into broad funding brackets. The group is considering a more prominent listing of its donors, as well as an expanded list, said co-founder Holmes Wilson.

The Open Technology Institute is part of the New America Foundation, one of the few tech-focused think tanks that Transparify rated earlier this year, awarding it four out of five stars.

New America, which researches a wide range of policy issues beyond tech, publishes a list of donors who have given more than $1,000, grouping them in broad contribution brackets. It counts the Gates Foundation, Google Chairman Eric Schmidt and the U.S. Department of State among its top contributors. Other contributors include Google itself, Facebook, Microsoft, Netflix and Time Warner Cable. Grade: B.

The Electronic Frontier Foundation, a well-known digital rights group founded in 1990, publishes a partial list of donors on a Web page that is not easy to find from its home page. It also issues occasional press releases on new contributors.

Some of the contributors listed on the EFF's donor page are broken down into broad funding brackets. Major contributors listed there including Mojang, the maker of online game Minecraft, the Consumer Electronics Association, travel site TripAdvisor and Internet security vendor Malwarebytes. Grade: B.

Free Press, a digital rights and media reform group founded in 2003, publishes a list of its top donors in its annual report, and the organization is quick to point out it takes no money from companies it monitors, political parties or the government.

Free Press counts several foundations among its top 20 donors, including the Craigslist Charitable Fund, the Foundation to Promote Open Society and the Vanguard Charitable Trust. Free Press does not break down how much each contributor gives, and it does not provide a complete list of contributors. Grade: C.

Public Knowledge is a well-known digital rights group active since 2001. As recently as a year ago, it listed eight major contributors on its website, but that list has disappeared. We found the list through the Internet Archive's Wayback Machine.

Among the group's contributors listed in October 2013 were the Andy Warhol Foundation, the Ford Foundation, the Soros-founded Open Society Institute and the MacArthur Foundation. According to a pie chart published then, the group received about 80 percent of its contributions from foundations. Grade: D.

Demand Progress, the digital rights group co-founded in 2010 by the late tech activist Aaron Swartz, does not list contributors on its website. The group has been operating as a small nonprofit and is in the process of filing its first documents with the U.S. Internal Revenue Service, said David Moon, the group's program director. The tax filing will require the group to list significant donors with the IRS, although the agency does not require nonprofits to disclose that list to the public.

Demand Progress has "historically been overwhelmingly crowd funded," Moon said in an email. Major donors include the Media Democracy Fund, Credo, the Fund for the Republic and Ford Foundation, as well as "thousands of smaller ones," he said. Grade: Incomplete.

The Internet Innovation Alliance, formed in 2004, calls itself a "broad-based coalition of business and nonprofit organizations" advocating for broadband-friendly policies. The group's advocates include a mix of prominent Republicans and Democrats.

The group lists its members, but does not detail contribution amounts. The group's members include AT&T, Alcatel Lucent, Corning, Americans for Tax Reform and the National Coalition on Black Civic Participation. Grade: C.

The American Enterprise Institute's Center for Internet, Communications, and Technology Policy, is a relatively new entrant in tech policy issues, after the long-time conservative think tank created the center in 2013.

AEI received two stars in Transparify's May report. The think tank, in its 2013 annual report, noted that 53 percent of its $44.4 million in revenue came from individual contributions, 22 percent from foundations and 20 percent from corporations. The group also published a list of more than 100 members of its National Council, people who "have publicly committed to the mission and success" of the think tank, although it's unclear how much of AEI's budget the council members fund.

Broadband for America has been active in tech policy debates since 2009, with former Republican Senator John Sununu and former Democratic Representative Harold Ford Jr. as its honorary co-chairmen. In June, the venture capital-funded Vice.com ran two stories accusing Broadband for America of being an astroturf group. One story said some members of the group didn't agree with its net neutrality stance.

In June, the group listed dozens of supporters on its website, but, after the Vice stories, that list disappeared. Among the supporters before the list was pulled were AT&T, Comcast, the National Cable and Telecommunications Association, Verizon Communications and Cisco Systems, along with many smaller organizations.

A spokeswoman for the group emailed the IDG News Service a list of 10 broadband providers and telecom trade groups who are supporters, including the companies listed above, without specifying the value of donations. Grade: D.

The Information Technology and Innovation Foundation, a tech-focused think tank launched in 2006, doesn't provide a list of donors. Its board of directors includes representatives of several tech companies, including Apple, Microsoft, Hewlett-Packard, Oracle, IBM and Intel. The think tank gets funding from a broad range of individuals and tech and telecom companies, a spokesman said. Companies represented by members of the board of directors are likely also contributors. Grade: D.

TechFreedom, a free-market think tank founded in 2011, does not list contributors on its website. The think tank draws on a "big tent of support," including Google, Facebook, Comcast and the National Cable and Telecommunications Association, founder Berin Szoka said in an email. Grade: D.

The Free State Foundation is a free-market think tank active since 2006 and founded by long-time tech policy expert and former FCC staffer Randolph May. It does not publish a list of contributors on its website. Grade: F.