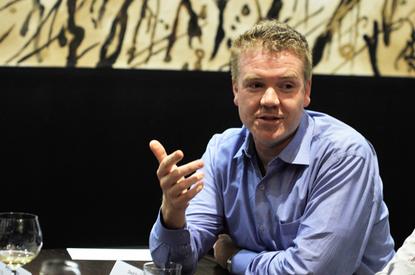 Express Data’s sales director, David Peach, has exclusively confirmed to ARN that he has departed effective Friday, October 17, after 14 years with Express Data.

Peach told ARN that he has been focused 100 per cent since April on the formal integration of value added distributor Express Data (ED) into Dicker Data, which it purchased for $65.5 million back in February. The departure has been amicable from both sides.

“Dicker Data have treated me very well,” he said.

“I mutually agreed that I’d help them achieve a range of short term outcomes relating to the performance of ED over its final quarters, before its ultimate integration into Dicker Data. That work is done, it’s the right time for me to move on and I wish nothing but the best for Dicker Data in the future,” he said.

“They have run a successful, local distribution business for more than 35 years, and now that the integration has occurred there are capable, experienced and passionate ED people in key positions throughout the new business.”

Now that the integration is complete, Peach will be taking some time out with his partner’s family in Ireland for a month, while he assesses his career options.

His role will be incorporated into Chris Spence’s sales manager role at Dicker Data.

Peach told ARN that he has had a few expressions of interest, but won’t be considering any until he returns in late November in time for the Christmas function season. He wants to remain in the channel, preferably working with a distie or a hungry reseller with ‘high growth and future potential’ – but has ruled out anything ‘micro-small’.

“I’m excited about the potential for market disruption,” he said.

Vendors aren’t also off the cards, and Peach said with the many dynamic shifts occurring in the marketplace, he wouldn’t rule such a move out. He would not be drawn on whether he would be joining good friend, former ED staffer and current Microsoft director for small and midmarket solutions and partner business, David Gage.

Reminiscing over his years at ED, he said he was proud of the distie’s great reputation in the marketplace for performance, as well as ethics, and its locally run ‘family owned business feel’ despite being owned by NTT, the 32nd largest company in the world.

“We had great fun, great partners, and could still operate like a local company with all the financial backing we needed. I’ll never forget it,” he said.

When ED took 50 channel leaders and vendors to Silicon Valley for a Cloud computing ‘exploratory mission’ to learn about this (then) newfangled technology.

“We learned Cloud, we had a lot of fun – but we knew, there and then, that things were about to change forever.”