The changes which returned Cellnet to profitability

Alan Sparks details the strategy responsible for the distributor’s turnaround 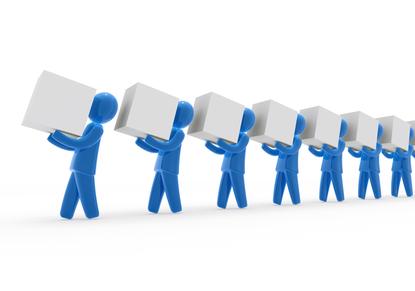 Since his appointment to the helm of accessories distributor, Cellnet, in April, Alan Sparks has been working to refresh the company which had “been going nowhere in the last five years.”

Cellnet was not losing money, but Sparks told ARN, “There was quite a lot wrong with [it] structurally, strategically, and financially.

The chief executive’s (CEO) first move was a reduction in brands to fit within 12 product categories covering smartphones, tablets, and hybrids (STH). He cut the distributor’s stock from about 70 vendors to 10. These include Plantronics, Lexar, Lifeproof, Tech21, Otter Box, Zagg, Striiv, Incipio, Kanex, Merc London. Cellnet’s own brand, 3SIXT (‘three sixty’), is being used to plug any gaps in the portfolio.

As part of the refined portfolio, Cellnet has signed an exclusive distribution agreement with Woox Innovations to supply Philips-branded batteries (AA and AAA), flash memory, cleaning, and power on-the-go mobile accessories. Sparks expects 10 per cent revenue growth over the next nine to 18 months from the Philips deal.

These additions, like Cellnet’s full portfolio, will be promoted and sold through retail partners in consumer electronics, telecommunications, and mass market merchants.

Secondly, Cellnet “took hefty hits on the balance sheet” to create financial discipline. While unable to disclose figures, Sparks said the company got cash back into the system, putting it in a comfortable place to move forward; he did not disclose the company’s financial figures, but said it is currently profitable.

The last step involved the modernisation of its supply chain; the claim is that the distributor can ship a product out of China tonight, get it in its warehouse tomorrow, turn it around on the same day, and deliver it to a retail store the day after.

Other changes included a new brand image which is “friendly but professional” with the Android-esque ‘NEO’ (next executive officer) mascot, with a new web site to be launched soon (at cellnet.com.au) to mark the company’s transition away from ‘logistics company’ to ‘accessories supplier’.

Its operational overhaul resulted in a 10 per cent reduction in staff, although most positions have since been filled within Cellnet’s marketing group.

Despite the industry’s transition to services-led distribution, Sparks said Cellnet will retain its box-pushing strategy while it remains viable. He also revealed that the company will not move into online sales due to the conflict it would cause retail partners which operate in that space.

Sparks said Cellnet is able to maintain this approach due to its core strategy.

“The flaw in competing accessories companies is that they’re doing all their own research and development and design to create new products,” he said. “The problem is, no matter how much money they throw at it, they won’t out-do South China, Taiwan, or Korea, which are all coming in with incredible innovation.”

Cellnet considers Belkin and Force Technology as its main competitors.