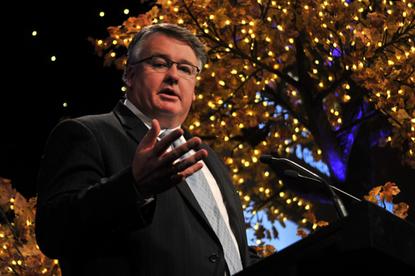 The preliminary contract covers Australia and New Zealand (A/NZ), although Tintri Asia-Pacific (APAC) vice-president, Peter Molloy – who was hired to open the vendor’s regional business – intends to extend the deal.

“I am interested in potential for pan-Asia distribution,” Molloy told ARN. “We will have further discussions region-by-region [in the future].”

“Having a master agreement under which we can fold other countries in line with our channel expansion strategy is a clear advantage to both parties and puts Tintri in a great position to build a solid basis for long-term growth in APAC.”

Molloy said both partnerships will be retained.

In addition to Avnet’s reach, Tintri picked the distributor because it does not carry NetApp. Molloy said, “It is a congested marketplace right across the globe in storage; we are seeing a lot of growth [by Tintri] and take-out of the NetApp platform in the USA, so the fact that Avnet does not have NetApp in A/NZ is a major factor.”

Avnet A/NZ vice-president and general manager, Darren Adams, described the addition of Tintri to the distributor’s portfolio a niche move (compared to the distributor’s existing storage arsenal); it provides an application-aware platform through which Avnet can build app-oriented solutions to be managed and delivered by its services business.

This is unlike Avnet’s existing storage vendors – HP, IBM, Oracle, Hitachi Data Systems (HDS) and Nutanix – which are marketed by separate and dedicated units.

Adams told ARN that the distributor will not go direct with its converged products. Instead, they will be delivered to systems integrators (SIs), value-added resellers (VARs), and independent software vendors (ISVs);

“Our strategy with Tintri is around Cloud and managed services,” Adams said. “It provides resellers: a vehicle to sell an application-aware, virtualised platform using an operational expenditure (opex) model; financial and enablement support from Avnet; and opens convergent opportunities for the likes of virtual desktop infrastructure (VDI) or network performance deployments, for example.”

Adams revealed that Avnet’s focus will now be on signing vendors in the solid state and converged infrastructure areas.