After a long road to the server market, ARM CEO Segars looks ahead

At TechCon this week, ARM will celebrate and show off hard-won successes 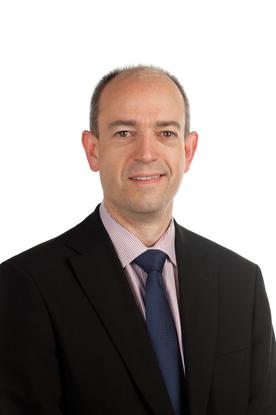 After suffering a series of setbacks on the way to getting 64-bit ARM servers into the hands of users, company CEO Simon Segars prefers to take a fresh look at market opportunities instead of dwelling on the past.

At ARM's TechCon, starting Wednesday, there will be a "celebration" of ARM processors for enterprise use, Segars said in an interview ahead of the show. Many products being shown will highlight what high-end ARM processors can do in servers and storage and networking devices.

ARM got a boost earlier this week when Hewlett-Packard introduced a 64-bit ARM server for the Moonshot server. HP is the first major vendor to offer an ARM server, and Dell is investigating the adoption of such systems before diving into the fray.

"We thought it would take until about now for it to become a reality," Segars said. "It's taken a lot of players across the ecosystem to work on this, and a lot of time."

HP will use server chips from AppliedMicro, which has licensed the processor architecture from ARM. Other ARM-based server chip makers include Advanced Micro Devices and Cavium. The companies will be present at TechCon, demonstrating server equipment and applications running on them.

The first 64-bit ARM server chip was introduced by AppliedMicro in 2011 and pitched as an alternative to Intel's x86 chips, which dominates the server chip market. ARM's processor designs go into most smartphones and tablets, and the company is looking to move upstream into the high-margin server market.

"That as a market for semiconductor devices is worth about US$13 billion for silicon, and over the next five years will grow to $20 billion," Segars said.

ARM servers initially drew interest for their ability to process Web-based tasks -- like processing social network posts or search requests -- in a quick and power-efficient manner. But the server chips were delayed, and ARM pioneer Calxeda shut its doors after running out of cash. Samsung and Nvidia planned 64-bit ARM server chips but cancelled plans.

Segars acknowledges that though ARM is well known as an architecture in mobile and embedded devices, the company has had to work hard to get support in the server market.

But with ARM servers now out there, Segars wants to look ahead. A lot of work has gone into developing server software, standards and products, he said. Now, the company wants to investigate new market opportunities for its server processor designs.

Servers are increasingly used to capture and analyze data from the cloud and Internet of Things devices, and there's a big opportunity in those markets, Segars said. There are also opportunities in analytics and research, he said.

ARM's expectations in the server market remain conservative, and it doesn't expect to overtake Intel anytime soon. But AMD -- which also makes x86 server chips -- has predicted a bright future for ARM servers.

Challenges await ARM, however, as it looks ahead to the server market. Dell recently said that processor delays have hurt ARM in servers as Intel closes in with more power-efficient Atom chips. Switching from x86 processors to ARM would require a heavy software and infrastructure investment, and customers may not be motivated to do so if the power-efficiency difference is minimal. Server makers have also said that Intel's Xeon chips have more processing power and remain a better option for data-intensive applications like databases and ERP (enterprise resource planning).

Outside of servers, ARM is expected to showcase many IOT technologies at TechCon. The company this month introduced a new chip called Cortex M7 for use in robots, wearables and Internet-connected devices, and is expected to talk about a software development kit and standards that could make it faster to write applications and deploy devices.

ARM has long had a presence in the embedded market, with its products being used in appliances, set-top boxes, networking and storage equipment. At TechCon, AppliedMicro will introduce an embedded chip called Helix, while Advanced Micro Devices will show an embedded chip called Hierofalcon performing NFV (networking function virtualization) functions. Both the chips are based on the ARMv8 64-bit instruction set architecture.

ARM won't share further details about the second wave of 64-bit processor designs, code-named Artemis and Maia, which were teased in late July. The designs are under development, and the company is not ready to share a release date, Segars said.