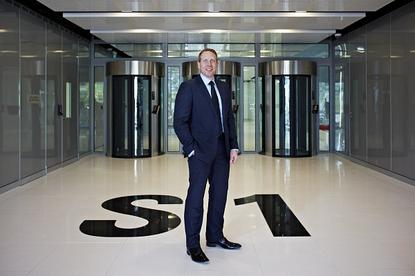 NextDC incurred a $22.9 million net loss after tax in the 12 months to June 30, but claims its financial and operational investments during fiscal 2014 serve as an inflection point for growth in 2015.

The datacentre operator’s loss follows the opening of its S1 Sydney facility on September 30 and P1 Perth on February 24 which, in addition to its M1 Melbourne location, triggered increased facility costs; in total, it spent $91m on datacentre plant and equipment, adding 10.7 Megawatts (MW) of capacity to 19.65MW, with a target of 35.35MW.

In a statement to the ASX, NextDC chief executive officer (CEO), Craig Scroggie, branded fiscal 2014 a pivotal year for the company, and said it is positioned to capitalise on trends in enterprise and government co-location spending, and Cloud and mobility adoption.

“With all of NextDC’s Australian datacentres now built and operational, the benefits of the inherent leverage of the company’s scalable infrastructure will now start to drive increasing returns,” Scroggie said.

“While carefully managing the cost base, it is important that the company continues to invest in sales to maximise contracted utilisation at appropriate prices per MW to generate the highest possible return on capital invested.”

The comments follow a reported 33.5 per cent increase in total revenue to $48.3m, the majority of which came from a strong performance in datacentre services resulting in earnings of $30.4m, up from the previous corresponding period’s $9m result.

Contributing to these figures was a 36 per cent annualised contracted recurring revenue growth to $41.7m, a 22 per cent rise in contracted customer utilisation to 11.9MW, and a 21 per cent jump in annualised unweighted pipeline to $144m.

During the financial year, NextDC raised more than $160m as part of its capital management strategy, which included: $28.1m cash from the sale of its remaining shares in Asia Pacific Data Centre Group; $24.1m paid by APDC in development fees for the base buildings for S1 and P1; $50m from a placement fund-raiser in August; $60m from a five-year senior unsecured note offering in June.

NextDC’s focus in fiscal 2015 has shifted to the upcoming launch of its subscription based ‘ONEDC” software-as-a-service (SaaS) datacentre infrastructure management (DCIM) platform, a new virtual interconnection platform, ‘FastStart’ online colocation ordering, and half and quarter-rack products for small to medium-sized enterprises.