Tablets with voice calling functions take off in Asia 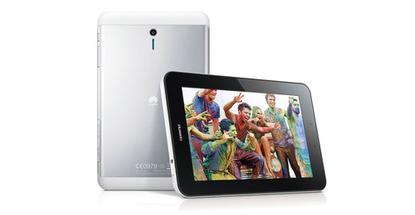 Using a tablet to make a phone call may sound unorthodox. But in Asia's emerging markets, vendors are increasingly shipping 7-inch tablets with voice call functions, according to research firm IDC.

During the second quarter, electronics vendors shipped 13.8 million tablets to the Asia Pacific region, excluding Japan, IDC said on Wednesday. Of those tablets, 25 percent were designed for voice calls over a cellular network. This marked a jump of 10 percentage points from the first quarter.

Voice call tablets are taking off in China, India, Indonesia, Malaysia and Thailand, said Avinash Sundaram, an IDC analyst, who added that it had become a trend unique to Asia.

Although large screen phones are already popular, some consumers in the region have tighter budgets, and want a product that merges all their electronic needs into a single device, Sundaram said.

"They don't want to walk around with a phone, tablet and PC," he said. "This is basically addressing budgetary needs."

Vendors releasing these products include Samsung, which early on incorporated voice call features into its tablets, along with Asus, Huawei and Lenovo. But smaller vendors such as India's Micromax and Indonesia's Advan Digital are also fueling the market with rival tablets.

"We definitely see this as a vendor strategy to help differentiate their products," Sundaram said. Many of these tablets cost between US$100 to $300.

It's still not known how many consumers in Asia use their tablets for voice calls. But vendors are marketing the features in their advertisements.

"If we look at advertising campaigns in India, Indonesia, they call it a tablet with voice option," Sundaram said. Vendors could conceivably put cellular features into all their tablets. But bigger companies such as Samsung might refrain from doing so, to better position their smart phone products, he added.

"From a vendor perspective, they want to target every single kind of device, as opposed to selling one kind of device," he said. "There are no technical hurdles. It's more about product strategy."