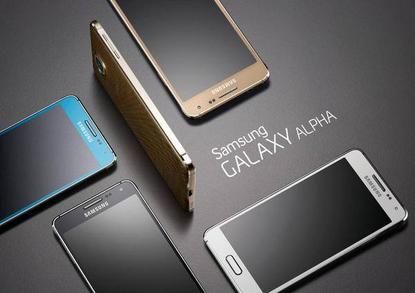 For four years Samsung has put to work the same formula for its Galaxy smartphones, and for four years it has worked. That is, up until now.

Figures from IDC reveal Samsung’s global smartphone share has slipped 7 percent over the past year. The company’s plastic-clad flagship, the Galaxy S5, missed sales targets — a rarity for Samsung devices — and has contributed to a 30 per cent profit fall in its mobile division.

Samsung’s head of mobile design called it quits a month after the Galaxy S5’s launch as a plethora of tough reviews lambasted its lack of craftsmanship. Making matters worse was the smartphone’s growing waistline as it was taller, wider, thicker and heavier than its predecessor.

Taking a sales hit is reason enough for Samsung to change its ways. Overnight Samsung revealed the Galaxy Alpha, a smartphone indicative of a fresh approach destined for upcoming Galaxy smartphones.

But the Alpha is more than a metal skeleton; there’s a bigger picture at play. Samsung smartphones often play the numbers game with specs. Only Samsung smartphones have 8-core CPUs in Australia, heart sensors and software that knows when you’re eyes glance away from the screen.

Scrawling over the Alpha‘s spec list reveals it’s not playing the numbers game. Rather, it’s focusing on the user experience, and that’s a game Apple has been the champion of for some time.

The Alpha’s most confronting specifications are its thickness and weight. The Galaxy smartphone is a thin 7mm and light at 115 grams. This makes it thinner than Apple’s iPhone 5S and only 3 grams heavier than the smaller screened iPhone.

Specifications concerning the display shock next. Samsung’s ongoing trend involves increasing the screen size and cramming more pixels in for increased clarity. The Galaxy S5, for instance, has a large 5.1in display and 441 pixels-per-inch (ppi).

The Alpha does not conform to this specification pissing contest. It has a 4.7in, HD screen with a responsible 320 pixel-per-inch density. The 4.7in size resonates as larger screens aren’t nearly as comfortable. Samsung can also rest knowing it has a rival ready when Apple launches its mythological 4.7-inch iPhone 6.

Nor is Samsung’s thin smartphone malnourished. Inside the Alpha is an 8-core processor. Four ARM Cortex-A15 cores run at 1.8GHz, while another four Cortex-A7 cores run at 1.3GHz. RAM is a healthy 2GB and internal storage weighs in at 32GB. A removable back cover reveals an 1860 milliamp-hour battery, which should go further due to the lower resolution screen and economical processor.

The Android 4.4 smartphone is compatible with Australian 4G networks, has a finger scanner and a heart monitor. Customers will only be left wanting for expandable memory, but the shortcoming is negligible compared to wanting for premium design.

For all intents and purposes, the Alpha strikes a balance between size, functionality and design, and ultimately appears to put the user experience first.

Samsung Australia has yet to respond to Good Gear Guide’s request for comment on the Galaxy Alpha’s local availability and pricing. The Alpha is expected to commence a global rollout from September.

Update, 12:04pm: Samsung Australia's representatives have responded: "At this stage we don’t have any additional information available". More news on the Alpha will be published as it breaks.