Uber employees made the requests to stifle competition, Lyft said 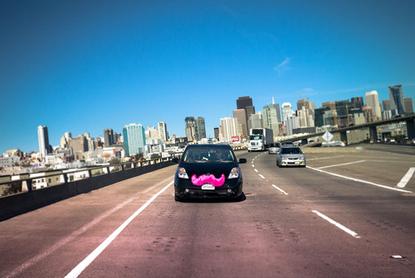 A Lyft car on the road in San Francisco

Lyft said nearly 200 employees at Uber, one of its largest rivals in mobile car hailing, have since last October ordered and cancelled thousands of Lyft rides, causing lost fares with its service.

A Lyft spokeswoman told the IDG News Service that 177 Uber employees throughout the U.S. have ordered and cancelled 5,560 Lyft rides since October. Lyft says they looked at the phone numbers attached to the accounts of the people who cancelled the rides, and found they were the phone numbers of employees at Uber.

The numbers were first reported Monday by CNN.

Ordering and cancelling rides chokes up Lyft's system, causing longer wait times for people who really want rides. That could make a rival service like Uber or Sidecar seem better.

Uber is known for its premium black town cars, but the startup also offers a cheaper option for rides from people in their own private cars, which is Lyft and Sidecar's bread and butter.

"It's unfortunate for affected community members that they have used these tactics, as its wastes a driver's time and impacts the next passenger waiting for that driver," a Lyft spokeswoman said via email.

Lyft does not claim that higher executives at Uber were necessarily involved.

Uber did not immediately respond to multiple requests for comment.

The numbers, if true, paint a nasty picture of the lengths to which Uber may go to draw business away from its competitors. The company operates its service in more than 40 countries around the world, and in most major cities in the U.S.

It's not the first such accusation against Uber. Earlier this year a smaller black car service in New York, Gett, accused Uber of ordering and cancelling more than 100 rides, said a report in TechCrunch.