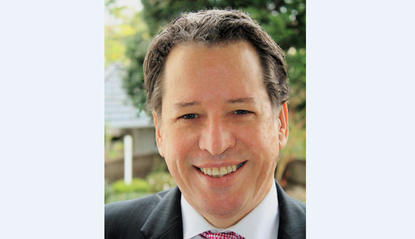 McHenry, who has worked at Verizon, Westcon, Insight Dell and HP during his 20-year career, will be heading Cyberoam’s channel expansion activities in Australia.

Cyberoam business head A/NZ, Alkesh Soneji, said McHenry had delivered successful results in building and maintaining relationships with key executives and C-Level management for some of the largest security solutions and suppliers in the world.

"Additionally, he has a strong understanding of the local network security market," he said.

"By becoming a part of Team Cyberoam, McHenry’s guidance will certainly prove very beneficial for the organisation.”

The recently enacted Australian Data Protection Act of 2012 includes fines against organisations with serious breaches of customer privacy, and the company claims that demand for network security appliances in the region increased in last few months as a result.

Soneji said, through sustained efforts and collaboration with the partner community, Cyberoam had been able to secure a decent share of the local network security market.

"It’s early to comment on specifics, though we are confident that McHenry will help us speed-up expansion activities and meeting targets before schedule."

McHenry said it was a big responsibility.

"Cyberoam has a wide range of best-in-class security solutions and its service support is unparalleled in the industry," he said.

"Its rewards and support programs for the partners are also unmatched."

He said he saw the company as a strong contender in the network security market and hoped that more people would be joining them soon.

According to a company statement, Cyberoam is a channel-centric company known for its converged and collaborative relationship with partners.

"Cyberoam is all set to strengthen its existing relationship with channel partners and lead the market as the most preferred network security solution," it said.