The chief architect behind Oracle 6, Roger Bamford will be helping MongoDB mature its namesake NoSQL database 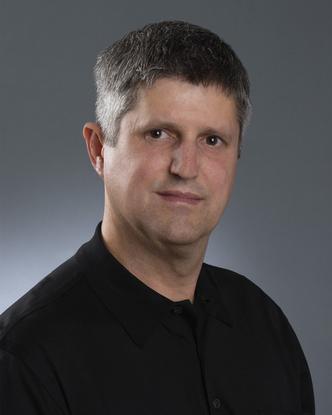 Upstart NoSQL software vendor MongoDB has snagged a key engineer from the ranks of Oracle, the company's largest competitor in the database software market.

Roger Bamford, a 30-year Oracle veteran, has joined MongoDB as a distinguished architect, MongoDB announced Wednesday. Bamford served as a principal architect at Oracle for server technologies and was instrumental in developing the company's flagship RDMS (relational-database-management-system) software. At MongoDB, he will be part of the senior engineering team, leading development of the open-source MongoDB database system software.

Bamford's hire could be key for MongoDB, even as the popularity of the company's eponymous database continues to grow.

MongoDB is a popular NoSQL-style document database known for easily scaling up across multiple servers and for providing an easy-to-understand developer interface, especially for JavaScript developers.

MongoDB is the fifth-most-widely used database software worldwide and the most-widely used NoSQL software, according to an estimate from the DB-Engines site. Intuit, eBay, MetLife, Microsoft, Craigslist, Codeacademy and Forbes have all used the software in their operations. Hosted versions of MongoDB are offered by Google and Microsoft.

NoSQL databases such as MongoDB, along with CouchDB, Cassandra and others, rose in popularity over the past few years because they hold vast amounts of information that would be prohibitively costly or outright impossible to store in regular SQL databases, even though such data stores can lack the consistency and query specificity that relational databases provide.

Nonetheless, Oracle has been responding to the NoSQL trend. The latest update to its namesake database system includes the ability to store data in JSON (JavaScript Object Notation), which is one of MongoDB's chief selling points. Oracle also released its own NoSQL database last year.

Bamford has much expertise in the issue of database scalability. At Oracle, he oversaw the creation of the company's Real Application Clusters product, and headed research teams for improving technologies in distributed and parallel computing. He also influenced the architecture designs of the Oracle database, as well as contributed to the XML, XQuery and event processing technologies of the database system.

Bamford holds more than 40 patents in database technologies. He has a bachelor's degree in computer science from the Massachusetts Institute of Technology and a master's degree in electrical engineering from Stanford University. Before Oracle, Bamford worked at IBM Research.