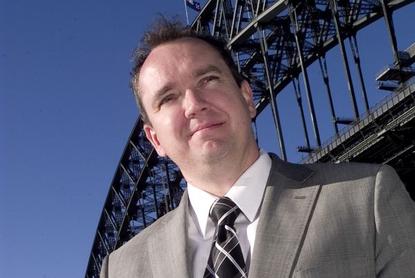 Dominic O’Hanlon has been appointed as CEO of the Melbourne-based distributor, NewLease.

O’Hanlon is a 25-year industry veteran, having held senior executive roles at MYOB, Haley and Oracle, and will take up the role on August 5, in time for the company’s new office opening in Jakarta. He brings a wealth of experience managing some of NewLease’s key clients including Microsoft and VMWare.

He will oversee all of the company’s day to day operations and won out over an executive search, both inside and outside the company. Rhype’s board, which owns NewLease, commissioned Odgers Berndtson to vet suitable leaders following the tragic death earlier in the year of industry luminary, and NewLease co-founder, Doug Tutus.

“Dominic is the perfect mix of entrepreneurial passion and solid experience that we need for this next stage of our evolution. I believe his enthusiasm, vision and understanding of the industry will both honour Doug’s legacy and take the business to its fullest potential.”

O’Hanlon told ARN he was very excited to be taking up the role, and laid out some clues as to his future vision for the company.

“I think that the next phase of growth will require us to sit down and look at ‘what are the 50 things we could be doing', and then from those look at the top five that are the most critical, and are going to have the biggest impact,” he said.

“I then want to get the business focused on pulling the levers that matter the most. NewLease is in the fortunate position that it has an incredible number of opportunities available to it to pursue, be it from geographical expansion, through to vendor expansion. But what we need to do is sit with the team and look at all the different initiatives, the ideas, the opportunities and build a business plan around those, and then execute on the ones that matter the most.”

O'Hanlon would not rule out any changes to the company structure or strategy going forward.

"I have no immediate plans to bring my own staff, or replace anybody," he said.

"It is a high growth business, and there are always opportunities. I have 20 years experience in the Australian IT business and I know a lot of people if we need to go down that road.

"At some point in the future, if the business is still growing I’m sure there will be a big opportunity to bring in others."

O'Hanlon will be based in Sydney, but move back and forth between there and the company's head office in Melbourne.

The Rhype board also announced that NewLease’s general manager, sales, Warren Nolan, has been promoted to senior vice-president of strategic alliances. Nolan has been with the company for 10 years, and has seen the company’s sales team expand from one to twenty, across six countries.

“Warren’s knowledge of, passion for and commitment to the business is extraordinary,” Edmonds said.

“This has been even more evident over these last 6 months. I’m delighted to give him this opportunity to take on a more senior leadership role in the organisation.”