Studies like Facebook's are necessary for product testing, the dating site said 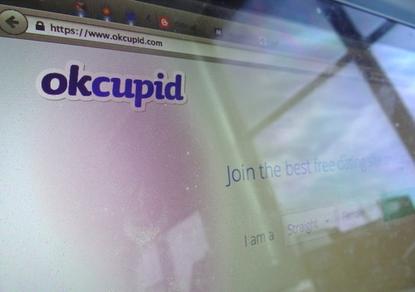 Facebook sparked criticism over a study in which it manipulated the feeds of some of its users, but the dating site OkCupid says what Facebook did is normal, and that in fact it has run its own user-behavior tests.

In 2012, Facebook altered the amount of positive and negative content in users' feeds, to see the impact of the posts on their mood. The feeds of less than 700,000 users out of Facebook's 1.32 billion total were altered. The ethics of the study were called into question, with one U.S. senator calling on the U.S. Federal Trade Commission to investigate whether the study violated Facebook's policies and FTC laws around "unfair or deceptive acts or practices."

The dating site OkCupid, however, says experiments like Facebook's are necessary for testing features and products, and for making websites better.

"Guess what everybody: If you use the Internet, you're the subject of hundreds of experiments at any given time, on every site," OkCupid said in a blog post on Monday. "That's how Web sites work."

OkCupid uses an algorithm to show users other people the site thinks would make good matches, partly using a questionnaire.

The company has run its own experiments, such as when it removed users' photos from their profiles, or told people they were good matches when the algorithm said otherwise. Not surprisingly, people sent more messages when OkCupid told them they were compatible, the company said.

OkCupid terms of use are broad. The information the site collects about its users may be used to "perform research and analysis about your use of, or interest in, our products, services, or content, or products, services or content offered by others," the company says in its terms.

Facebook, meanwhile, constantly tweaks its algorithms to determine what posts to show to users and when. Part of the controversy over Facebook's study though, was whether Facebook was being sneaky in how it did it.

Facebook's terms, though few may read them, are also broad. Users' information may be used "for internal operations, including troubleshooting, data analysis, testing, research and service improvement."