Starting next year, tablets with Allwinner's new chip could sell for $250, analyst says 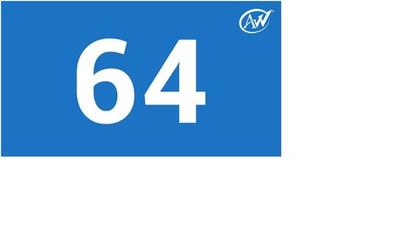 Low-cost Android tablets with 64-bit processors and 4K video decoding capabilities could be around the corner, thanks to Allwinner's plan to ship its first 64-bit ARM processor by year end.

Allwinner on Wednesday said the 64-bit ARM processor will have the ability to decode H.265 video, a 4K multimedia standard. In practical terms, this means users of a tablet with the chip can shoot 4K video with the device, or stream 4K video via the device, but in order to view video at 4K resolution will likely have to attach it to a 4K TV via HDMI, as tablet screens lack that resolution.

The chip will let users play 4K video at a resolution of 3840 x 2160 pixels, which is four times that of the current 1920 x 1080-pixel high-definition resolution. High-end tablets already have cameras that can shoot 4K video.

The Chinese company's chips are mostly used in low-cost tablets like Hewlett-Packard's US$99 Slate 7 Plus. The upcoming chip will provide an option for device makers to build "cost-effective" 64-bit tablets, Allwinner said.

Tablets with the chip should sell for around $200 to $250, but as the volumes grow, the prices could come down even further, said Jim McGregor, principal analyst at Tirias Research.

"Not only are we going to get great video, we're going to get a richer experience out of gaming and other applications," McGregor said.

Most of the low-cost tablets won't have displays like those used by Apple and Samsung, keeping the prices down, but will "be good and have a sharp screen," he said.

Allwinner could already be working on tablet reference designs, which could be quickly grabbed by low-cost device makers in Asia for release of products next year, McGregor said.

Allwinner has already shown the ability to decode H.265 video on its 32-bit chips. But 64-bit tablets will have more memory, and the chips will help decode and encode high-resolution video faster.

It's unclear if the chip will support 4K video based on Google's VP9 format. The H.265 and VP9 formats are locked in a battle for adoption as the de-facto 4K standard.

Allwinner's competitors are already ahead in the ARM 64-bit race, but the chips are targeted at premium tablets and smartphones. Qualcomm's Snapdragon 810 and Nvidia's Tegra K1 will be able to process 4K video, and could be in devices later this year or early next year.

The developer board, an uncased computer, will help speed up development of middleware, drivers and tools for Allwinner's 64-bit Android mobile devices. The chip will be based on the ARMv8-A architecture. ARM earlier this week said it is working on future 64-bit processor based on the architecture.