The initial round will affect 12,500 jobs related to Nokia Devices and Services 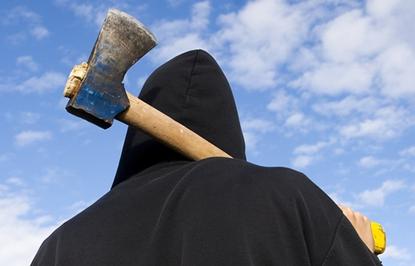 Microsoft has announced that it will cut its workforce by up to 18,000 jobs, or 14 percent, in the next year, as part of a broad effort to streamline the company in the wake of its acquisition of phone-maker Nokia.

A letter to employees from CEO Satya Nadella, released by the company, said that its "work toward synergies and strategic alignment on Nokia Devices and Services is expected to account for about 12,500 jobs, comprising both professional and factory workers. We are moving now to start reducing the first 13,000 positions, and the vast majority of employees whose jobs will be eliminated will be notified over the next six months."

Nadella's letter said that the company will add jobs in other areas.

In it, he promised further information about where the company will focus investment in innovation during a public conference call to discuss earnings on July 22, and invited staff to join a monthly internal question and answer session with him on Friday to find out more.

Senior leadership team members will discuss the effect of the cuts on their organizations later Thursday, he said. Staff laid off as a result of the process will be offered severance pay and, in many places, help in finding a new job, he said.

Beyond integration of the Nokia handset business, Nadella said the job cuts would focus on work simplification, eliminating layers of management and changing what the company expects from each of the disciplines involved in engineering activities. These changes are intended to accelerate the flow of information and decision making, he wrote.

Nadella also unveiled a few details of his plans for the Nokia phone portfolio.

Microsoft will "focus on breakthrough innovation that expresses and enlivens Microsoft's digital work and digital life experiences" to win in the higher price tiers, he said.

Most intriguingly, the low-end, Android-based Nokia X phones, introduced as last-gasp strategy by Nokia before it sold the handset business to Microsoft, will survive -- but not as Android phones. Instead, said Nadella, "We plan to shift select Nokia X product designs to become Lumia products running Windows." Nokia had laid the groundwork for that before the sale, building its own apps and a user interface for Android that resembled Windows Phone.

In a separate letter to staff, Microsoft Devices Group head, Stephen Elop, said the company would continue to sell the Android devices in some countries, depending on local conditions.

He also detailed where some of the job cuts would fall. Engineering work on mobile phones will continue at two locations in Finland, Salo for high-end Lumia devices and Tampere for affordable devices, but will be ramped down in Beijing, San Diego and in Oulo, Finland. Phone manufacturing will continue in Hanoi, and to a lesser extend in Beijing and Dongguan. He made no mention of former Nokia manufacturing operations in India.

There will be limited change for the teams working on Surface devices and Xbox hardware as these had already been restructured earlier in the year, Elop said.