A successful Kickstarter campaign raised over US$5 million 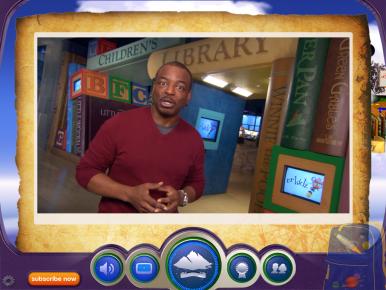 A relaunched version of "Reading Rainbow," the popular educational TV show that first aired in the 1980s, is on its way to a number of modern platforms including Android, Apple TV and Xbox.

A Kickstarter project to revive the series for the digital age ended Wednesday, raising roughly US$5.4 million -- more than five times its original goal of $1 million.

With those funds, host and executive producer LeVar Burton and the project's organizers aim to develop a comprehensive suite of new Reading Rainbow programming and services for a variety of platforms. There are also plans to provide free access to the content for schools in need.

Reading Rainbow aired on PBS from 1983 to 2006, and was screened in countless school classrooms during that time. Two years ago a Reading Rainbow app was made available for tablets, building from the show's content to include e-books and educational video field trips.

But while TV was the original medium for the show, "in 2014 TV is not that place anymore," Burton said on the project's Kickstarter page. "Now, we're trying to reach a new generation of digital natives."

The new service will come to the Web, mobile devices, game consoles and Internet-connected televisions, he said. In addition to Android and set-top boxes like Apple TV and Roku, Xbox and Playstation versions are in the works.

The software will be made to track children's progress, tally books read and include other educational tasks. Users would be able to use the same login on the Web and in the apps.

It's not clear when exactly these new apps will launch. The project's organizers did not immediately respond to comment.

But the app and service will be made available in countries throughout the world, according to the Kickstarter page. The funds raised for providing free access in school classrooms, however, will be used only in the U.S. and Canada.

The content will be aimed at children aged 3-9, but older people may enjoy it too, said Burton.