Computer memory overhaul due with Micron's HMC in early 2015 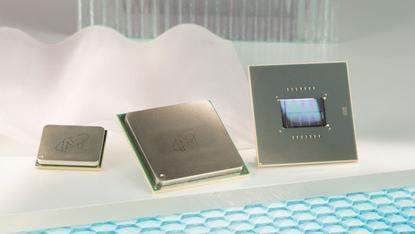 Micron wants to shake up decades-old memory implementations with its Hybrid Memory Cube technology, which will be available as an alternative to DRAM modules starting in the first quarter next year.

The memory type, which was first announced in 2011, will provide a much needed speed and power efficiency upgrade from conventional DDR memory. The first HMC implementations will be in servers and high-performance computers starting in early 2015, and could be considered for use in laptops, said Mike Black, technology strategist at Micron.

"Anywhere a system has been challenged by bandwidth, and DDR platform does not provide enough bandwidth, HMC is a good fit," Black said. For now, the technology could boost performance in supercomputing, cloud computing and in-memory databases, Black said.

With HMC, the memory modules are placed as stacked chips in cubes as opposed to being placed flat next to each other on a motherboard. The stacked memory chips are linked through a wire-like connection called Through Silicon Via (TSV), which brings performance advantages over traditional DRAM.

Motherboards will ship with HMC soldered on boards next to the CPU or other processing units, Black said.

"It's not a DIMM design," Black said. DIMM is a DDR3 or DDR4 memory module that can be inserted into slots on the motherboard.

HMC chips with capacities of 4GB and 8GB have already shipped to server and chip companies for testing. The first HMC modules will be used on FPGAs (field programmable gate arrays) and are also being put by Intel on chipsets alongside the latest Xeon Phi supercomputing chips code-named Knights Landing, Black said.

HMC is tightly coupled with the multicore Knights Landing CPU and is a faster memory option tailored for supercomputing applications. The Knights Landing chip also has the slower DDR4 memory, which behaves more like temporary cache and can be used for execution of conventional code.

DDR and HMC share features like the inability to store data after computers are turned off. However, HMC has more error correction, debug and resiliency features with on-chip features and logic layers, Black said.

HMC is also a bridge to newer memory technologies like MRAM (magnetoresistive RAM), RRAM (resistive RAM) and PCM (phase-change memory), which can store data much like flash storage, but are still years away from widespread adoption. HP is delivering its own form of nonvolatile memory called Memristor