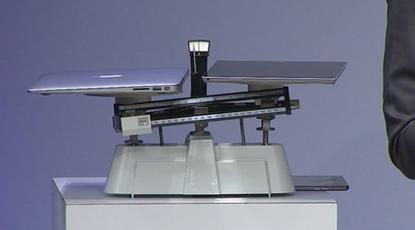 Microsoft's highly anticipated Surface Pro 3 will become available in stores in the U.S. and Canada starting Friday, but users may have to wait two months to buy Core i3 and i7 models.

The first models to be available at Microsoft stores and other retail shops will have Core i5 processors and will start at US$999. Models with Core i3 and i7 processors -- which start at $799 -- will become available in August, and an exact availability date will be shared on Friday, according to a company spokeswoman.

All models of the Surface Pro 3 are already up for pre-order on the company's retail store. The Core i5 models are listed to ship on June 30, while the Core i3 and i7 models are due to ship on Aug. 31.

The tablet has garnered mostly positive reviews, with PC World giving it a four-star rating out of five. It has a 12-inch screen that can display images at a resolution of 2160 x 1440 pixels. Microsoft calls it a laptop replacement, but users would have to buy a separate Type Cover keyboard case for $129. The tablet is thinner than its predecessor, the Surface Pro 2, which has a 10.6-inch screen.

Microsoft has been de-emphasizing the Surface Pro 2 ahead of the Surface Pro 3 launch. It also sells the Surface 2 tablet with Windows RT, but that product's predecessor, the Surface RT tablet, which was positioned as a budget Windows tablet, has virtually disappeared from Microsoft's retail site.

For those buying the Surface Pro 3, Microsoft is advising that a firmware update will be available when they set up the tablet. An earlier update during the Windows Update cycle on June 10 enabled the stylus to instantly capture and save screen grabs.

The Surface Pro 3 will ship in 26 additional markets by the end of August.