Mozilla and Spreadtrum get closer to $25 Firefox OS smartphone 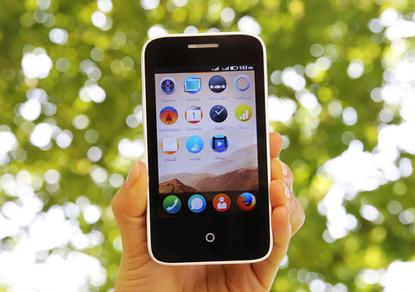 Mozilla Foundation and chip maker Spreadtrum have partnered with two Indian vendors to launch ultra-low-cost smartphones in the next few months. Spreadtrum said the phones could cost just US$25.

The reference design that will make the smartphones a reality is now ready, and sample devices will be demonstrated this week at Mobile Asia Expo. Mozilla and Spreadtrum announced plans to develop the low-cost Firefox OS-based phones in February.

Firefox OS is built around applications written in HTML5, and Mozilla is pitching it as more open and better suited to low-end smartphones than Android or iOS.

The first products based on the reference design will come from Indian smartphone makers Intex and Spice, Mozilla said on Tuesday. Exactly what the smartphones will cost remains to be seen as Mozilla didn't quote the $25 price tag in a blog post about the plans.

Reference designs lower the bar for developing a smartphone by providing the components and resources manufacturers need to quickly and cheaply put out devices. They are the main reason smartphones have become much cheaper in the last couple of years.

The reference design Mozilla and Spreadtrum have developed lets Intex and Spice put out phones with a 3.5-inch screen, Wi-Fi, Bluetooth, an FM radio and a camera.

Mozilla isn't alone in hoping India will be open to smartphone OSes other than Apple's iOS and Google's Android.

When Microsoft announced an effort to bring down the cost of Windows Phones, Indian manufacturers Karbonn and Xolo were among its new partners.

A recent report from telecommunications equipment vendor Ericsson highlighted why India is such an interesting market. The country added 28 million subscribers during the first quarter, the largest increase of any national market. Smartphone use in India starts from a low base, though, with just 6 percent of Indians expected to own one in the first half of the year, according to Strategy Analytics.