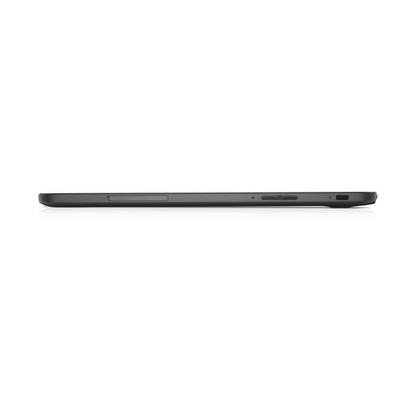 Cheap Android tablets can be hard to differentiate, but Dell wants to ratchet up the quality with its $199 Venue 8 tablet, which has new features like wireless charging and a full high-definition screen.

The new Android 4.4 tablet also has the latest 802.11ac Wi-Fi and a 2-megapixel front camera and a 5-megapixel rear camera. Much like some smartphones, the 8-inch tablet can be docked to a pad for wireless charging, said Jonathan Guttell, director of consumer messaging.

The tablets will also have longer battery life of up to 10 hours, Guttell said. The tablets are among the first with Intel's new Atom processor code-named Merrifield, which was originally built for smartphones. The predecessors use the more power hungry Atom chips code-named Clover Trail+.

The tablets will ship in July, and will be shown at the Computex trade show in Taipei this week.

The upgrades come just six months after the first iterations of the tablets were revealed. With the Android tablet market already crowded and technology developing fast, Dell had to swiftly upgrade the tablets to stay ahead of competition, Guttell said.

The Venue 8 weighs 338 grams and is 8.95 millimeters thick. It has a 1920 x 1200-pixel screen, and will come with a stylus. Users need to buy a separate dock-like pad to take advantage of the wireless charging features.

The Venue 7 is 290 grams and also 8.95 millimeters thick. It has a new MaxxAudio speaker for better sound.

Other features in both tablets include 16GB of flash storage, 1GB of RAM and Bluetooth 4.0.

Dell also sells the Venue 8 Pro and Venue 11 Pro with Windows 8, which are based on Bay Trail. Those tablets are not being upgraded at this time, but new Windows tablets could be introduced during the holiday season toward the end of the year, Guttell said. Intel has said its new Cherry Trail tablet processors will be available by the end of the year.