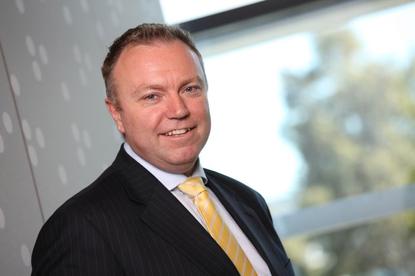 CA Technologies has announced that its new value-added distributor will be Express Data, as part of the company’s return to a channel focused go-to-market.

CA Technologies senior director, partner sales, Carl Terrantroy, said he company had been on the lookout for a value-added distributor (VAD) for the past 12-18 months, and had settled on Express Data (ED) due to the company’s excellent reputation in the area.

“The reason we chose Express Data was that we looked at our new product portfolio, and saw growth and strength, we realised had to find a VAD that was strong in areas that would augment that or supplement that,” he said.

“We also have some very unique technology with complements Citrix and Cisco, and ED have been very strong with both those vendors.

CA has launched its new Nimsoft technology, which monitors virtual machines through the network and including individual users’ desktops. The big market opportunity for CA lies in tying this to Cisco and Citrix’s solutions, and for which Terrantroy believes Citrix and Cisco’s monitoring is lacking in depth. Express Data distributes both brands.

Terrantroy said that his relationship with Express Data goes back to his own days at Citrix in the late 90s, early 2000s.

“We’ve had a relationship with CA for the best part of a decade, maybe longer. But we’ve seen a real change in the last 18 months, and there have been pockets of CA really embracing the Channel again,” he said.

“What attracted us to the discussion was the fact that they’re not looking at creating a cut down, commoditised version that they just want to roll out on a transactional basis.

“It’s a great move for CA, as historically they haven’t really had a reputation for embracing the channel.”

So what sort of impact does CA believe the ED deal will have on their business growth?

“We’re aiming at MSPs and core market providers. Citrix and Cisco they have those stronger SIs and VARs. In that space, an overwhelming majority of those partners to procure their software through ED, so we want to capitalise on that,” Terrantroy said.

“CA has always had a great reputation for product, it’s just their go-to-market has been inconsistent. Certainly in Australia its had its ebbs and flows. There’s a consistent message this time, that’s why we were so keen to get on board,” he said.

“It's early days yet, but we will be focused on finding the right partners, who have got the right sort of interest.”

Allan Swann is the Editor of ARN, published by IDG Communications Australia. Follow Allan on Twitter @allanswann, and at Google+.