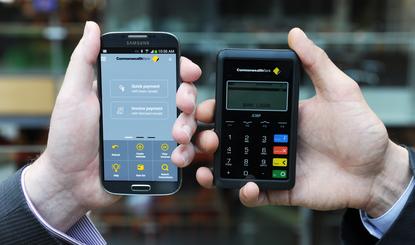 The first is Cardless Cash, which lets users send authentication details to a friend or family member that can then be used at an ATM to withdraw cash.

“This real time capability is critical for us, as customers are increasingly on their mobile phones and want to transact with us in real time,” he said.

“The capability we have from a technology perspective enables us to bring these technological innovations to the market and provide great value for our customers.”

Cardless Cash is currently set at a limit of $200 and will be rolled out in phases throughout Commonwealth Bank’s nationwide network of 3000 ATMs.

Lock and Limit is aimed at securing credit card use overseas.

The function contains toggles that limit and lock how the credit card will be used, such as locking online and in-store international payments, blocking ATM transactions and setting transaction limits.

Sullivan said the management of spending on credit cards has historically been a “reactive process,” where people look at statements later to see if online transaction was fraudulent.

“Now we’re putting customers in control through their mobile,” he said.

Lock and Limit will be available initially with the four different functionalities, though Sullivan said they will “improve and refine” the app as more customers use it.

Both function are available in May for Android and iOS, and are free to existing CommBank app users.