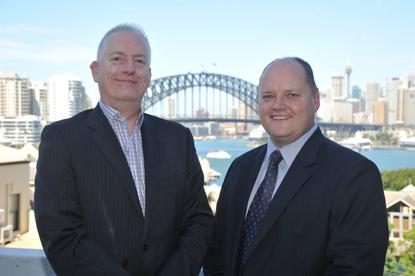 Sydney-based distributor, WhiteGold Solutions, has entered a distribution agreement with A10 Networks as it continues to expand its portfolio of disruptive technologies.

A10 is a Californian application networking hardware and software vendor with Australian offices in Sydney and Melbourne.

The contract spans across Australia and New Zealand (A/NZ).

WhiteGold commercial director, Leigh Howard, told ARN that the distributor signed A10 to plug gaps in its datacentre play while further adding to its security portfolio; it required a product in precisely A10’s space.

“We have two major technology pillars in our practice: datacentre and security,” Howard said. “A10 has three different technology segments, but what is most important to me is its Layer 4 to 7 application delivery control and server load balancing in the datacentre.”

“I have no product in that space of any significance. It allows a datacentre to be built without something that is distributing load across servers while also being application-aware Layer 4 to 7.”

“Other technology A10 has that is interesting is around distributed denial of service (DDoS) attacks which is becoming a bigger issue. It also has a solution around IPv4 to IPv6 network address translation (NAT). This appeals to our telecommunications and carrier partner and is good to have.”

Howard also said A10 was selected as it is a market challenger with disruptive technology which targets and competes with big name legacy vendors, but did not directly name the companies; it is a brand which is earlier in its evolution cycle whereas legacy leaders have peaked and plateaued, he claimed.

According to Howard, this is beneficial for WhiteGold’s channel as it allows resellers to differentiate themselves rather than presenting a ‘me too’ product. He said a lot of resellers are working with the “same old legacy vendors and expect to somehow turn more profit, win more deals or services, but they don’t.”

WhiteGold is therefore weeding through its reseller ecosystem to ensure it is filled with businesses looking to capitalise from up-and-comers, while enabling dedicated datacentre or security players to cross-fertilise across the segments.

The partnership between WhiteGold and A10 stemmed from a pre-existing relationship between Howard and A10’s newly-appointed A/NZ, Greg Barnes. The pair worked together while Howard was managing director of value-added distributor, Westcon, during which time Barnes headed up Aruba Networks.

The agreement was set in motion once Barnes took over at A10 A/NZ in January.

“I really like WhiteGold’s go-to-market strategy and what Leigh is doing there by trying to find disruptive technologies in the marketplace and not just follow the same customer base and revenue out of the same channel players.”

While WhiteGold’s arsenal contains other networking vendors, including the likes of Arbor Networks which A10 has previously listed as a competitor, both Howard and Barnes agree there will be not be a conflict of interest.

“There is minimal overlap,” Howard said. “The A10 technology is quite broad. It has a number of technology aspects to it. As more vendors broaden, there will always be some level of overlap, but WhiteGold works hard to minimise and avoid. It is a question of addressing market sectors. If one technology fits one particular sector and another fits on a different scale, that is what we will aim to do.”

Barnes did not disclose A10’s go-to-market or channel strategy and was unable to provide a roadmap as the vendor recently moved to go public. In February, it filed with US regulators to raise up to $US100 million in an initial public offering of common stock.

Morgan Stanley and Co LLC, Merrill Lynch, Pierce, Fenner and Smith Inc and JP Morgan Securities LLC are lead underwriters to the IPO, A10 Networks said in a filing with US Securities and Exchange Commission.

A10 reported an 18 per cent revenue increase to $US141.7m for the year ended December 31. Loss narrowed to $US27m from the previous corresponding period’s $US90.1m.