Xbox One software update will fix some major omissions

A centralized way to view and manage installed content leads the changes in Microsoft's February 11 update for its gaming console. 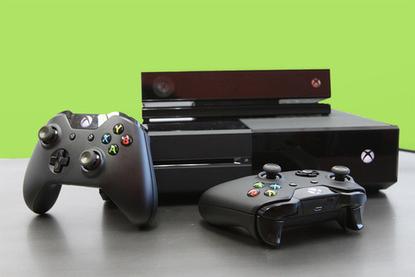 Microsoft will deliver a meaty software update for the Xbox One next week, adding key features that had been missing since the console's November launch.

The update will arrive on February 11, according to Marc Whitten, Microsoft's corporate vice president for Xbox. So far, Microsoft is only revealing a few details, but Whitten said the update includes "many new improvements" and "several surprises."

What we know so far: Xbox One users will finally get a centralized way to view and manage all installed content. This is another change of course by Microsoft, which had previously said that storage management should be automatic. Because the Xbox One stores all saved games and settings online, Microsoft was hoping users wouldn't worry about storage limitations and would simply add and drop games as needed. But users clearly wanted more control over the Xbox One's 500GB hard drive, given how quickly the latest games can chew up storage space.

Microsoft is also letting users prioritize which games and apps get installed first. Users can create separate queues for games and apps, and view a boot progress indicator to figure out when each item will be ready to launch.

In perhaps the most welcome change of all, Microsoft will add a battery power indicator on the Xbox One home screen. Previously, the only battery signal users received was a pulsing light on the controller itself as the charge ran low. It's kind of crazy that a system-level indicator wasn't available before.

The update will also include support for USB keyboards, better responsiveness for Kinect voice commands, stability improvements and behind-the-scenes changes for app and game developers.

Microsoft says it's delivering another system update on March 4, one week ahead of the release of the highly-anticipated multiplayer shooter Titanfall. The details of that update are vague, but Whitten said it will focus on improving the Xbox One's party and multiplayer systems.