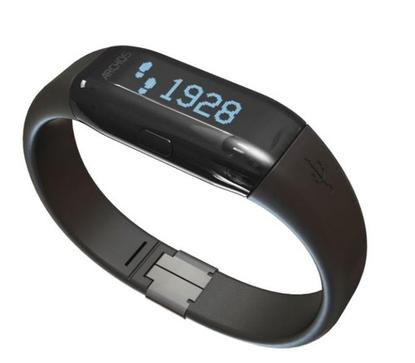 Archos announced smartwatches starting at under £50 (US$83) and an Android tablet specially designed to make home automation a breeze.

The new smartwatches have a lean and thin design similar to products from Pebble, and will be compatible with Apple's iOS and Google's Android OS devices, Archos said in a statement. Smartwatches from Pebble are priced at $150.

The company did not provide availability information for the smartwatches, but products will be shown at the International CES trade show in Las Vegas between January 7 and 10.

Smartwatches are used in conjunction with smartphones to show messages, incoming calls, news, weather, social network posts and even webpages. Smartwatches are also being used as fitness trackers. Sony, Samsung and Qualcomm are among the top players in the smartwatch market today, and many companies are expected to show products at CES.

Archos also announced a lineup of "smart devices" that can gather and automate mundane home tasks. At the center of the lineup is the Smart Home Tablet, a 7-inch Android tablet that can chat with and set up actions for smart meters, plugs, lights, cameras, weather stations and other connected devices. For example, the tablet can be used to activate cameras or switch on lights if a motion sensor captures movement.

To complement the tablet, Archos announced a new weather station that can capture temperature, humidity, carbon dioxide levels, humidity and other environmental information. The monitor can be used indoors or outdoors. The company will also show a connected camera, smart plug and motion tracker at CES.

Archos also announced wearable fitness trackers that can be used to set health goals. The Blood Pressure Monitor can monitor heart activity and pressure, the Activity Tracker functions like a pedometer and the Connected Scale measures weight and body-fat ratio. An Archos app called Connected Self App aggregates information from the health monitors to analyze health activity and set up fitness goals.

The new Archos products are among the first to be based on Bluetooth 4.1, also called Bluetooth Low Energy, which was formally adopted by device makers this month.