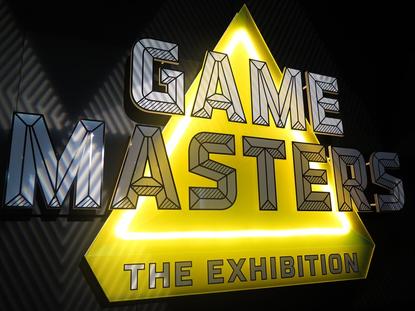 The Game Masters exhibition has arrived in Sydney's Powerhouse Museum ahead of its public launch tomorrow, December 13.

Running until May 25, 2015, the exhibition showcases the work of those considered some of the most influential video game designers throughout gaming history across arcades, consoles, PC, and mobile platforms.

Presented in three sections, Game Masters allows attendees to both explore iconic titles (and play a wide selection of them), while displaying rare original artworks indicating the design processes behind them.

Game Changers will look at game designers who have had a major impact on shaping the industry, including Yuji Maka and the Sonic Team (Sonic the Hedgehog), Nintendo, Blizzard Entertainment, and Paulina Bozek (SingStar).

The ‘Indies’ category will explore how independently-produced games are leading the way in gameplay and aesthetics, and will include Halfbrick (Fruit Ninja), Markus Persson (Minecraft), Rovio (Angry Birds), and more.

Tickets to the event can be purchased through Ticketek, and charge $22 for an adult, $15 for a child, and $18 for concession.