Google has launched a white variant of its new Nexus 7 Android tablet, but it's not available in Australia 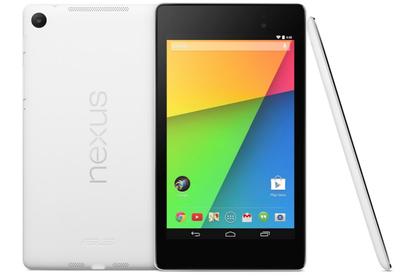 Google has launched a white variant of its new Nexus 7 Android tablet but it isn't available in Australia just yet.

The white Nexus 7 tablet will only be available for the larger 32GB model, and is currently listed on the Play Store in the US, UK and Japan.

The product follows most white Nexus designs, featuring a white back with a black front.

The smaller 16GB model and the 32GB variant with LTE connectivity remain available in black only.

Google announced the white Nexus 7 on its Nexus Twitter account earlier today. However, it confirmed Australia was not one of the markets where the new colour variant would be available.

Visiting the URL for the white Nexus 7 in Australia currently displays the message "Nexus 7 (32GB, White) is not available in your country."