Aldi will sell a Wi-Fi, 8in Android tablet for just $129 from Wednesday, 4 December 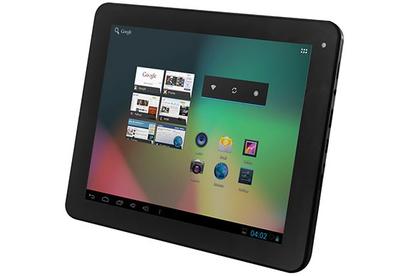 Aldi will sell a Wi-Fi, 8-inch Android tablet for just $129 from Wednesday, December 4.

The Bauhn AT-HK8 is advertised in the supermarket's latest catalogue.

The device has an 8in display with a resolution of 1024x768, comes with 16GB of internal memory and has a 2-megapixel rear-facing camera.

Other specifications of the Bauhn-AT-HK8 Android tablet include 1GB of RAM, a 1.5GHz dual core processor, a microSD card slot that allows users to expand the memory, and a non-removable 3000mAh lithium polymer battery.

The device doesn't have a built-in GPS chip but includes a mini-HDMI port for connection to a high definition television.

Bauhn does not include a mini-HDMI to HDMI cable in the box, so this needs to be purchased as an additional accessory.

Aldi has advertised the Bauhn-AT-HK8 as a "limited special buy" product and says stocks will vary between stores.

The supermarket chain also says that the product may sell out on the first day due to "unexpected high demand."

Bauhn provides a one-year warranty with the new Android tablet, while Aldi says it will refund or replace any product within 60 days, provided it obtains a proof of purchase.