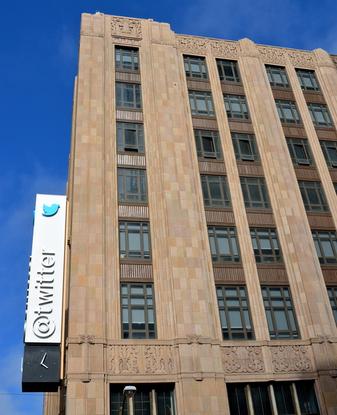 Twitter has fewer users and less revenue than Facebook, but in mobile advertising Twitter appears to have dodged the problems that dragged down Facebook's stock after its public offering last year.

Sixty-five percent of Twitter's ad revenue comes from mobile devices like smartphones and tablets, the company revealed Thursday in documents filed for its initial public offering.

That's about 65 percentage points more than Facebook generated from mobile advertising when it went public last year. At the time of its IPO, Facebook said it didn't directly generate any meaningful revenue from mobile, causing big problems for its stock.

Twitter said it's experienced strong growth in mobile ad revenue because user engagement, as measured by timeline views, is higher on mobile applications than on the desktop.

"We expect this trend to continue," the company said.

It's perhaps not surprising Twitter is doing better in mobile: The 140-character limit in its tweets comes from its origins as an SMS-based messaging system.

Facebook has since improved its mobile ad business. Last quarter it said it got 41 percent of its ad revenue from mobile devices.

There is a caveat, though. Twitter said two types of ads -- promoted accounts and promoted trends -- are seen by fewer users on mobile compared to desktop. Therefore, "advertising revenue per timeline view may be adversely impacted even if total advertising revenue continues to increase," the company said.

Twitter started putting different types of advertising content on its iOS and Android-based apps in February of last year, and has since expanded to include ads on other mobile apps.

Twitter generated total sales of about US$317 million last year, the documents show, 85 percent of which was generated through ads. Facebook reported annual sales for 2012 of roughly $5 billion.

Sustaining its number of users on mobile, and continually growing its advertising there, will be among Twitter's challenges in the years ahead, the company said in its filing.

Twitter will list its stock under the symbol "TWTR," on either the Nasdaq Global Select Market or the New York Stock Exchange.