iPhones in Australia: why do they cost more?

Why do we pay more for Apple's new iPhones in Australia? 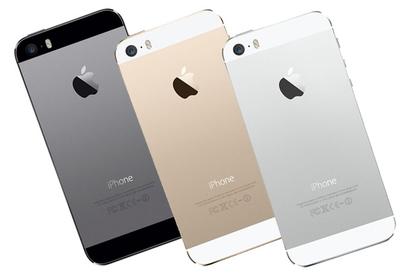 Apple unveiled two new iPhones this week. The iPhone 5s replaces last year's iPhone 5, and the iPhone 5c is a colourful new option with an all-plastic case. But why do we pay more for them in Australia?

The answer is we do, but the difference isn't as much as you're lead to believe.

Firstly, the 16GB iPhone 5s is NOT $199 outright in the US. The $US199 pricing is the subsidised handset price for US residents if they take up a two year contract with AT&T, Sprint or Verizon Wireless.

The outright price of the iPhone 5s in America is US$649, compared to $869 here in Australia.

Similarly, it's the same story for the iPhone 5c. The 16GB model does NOT sell for $99 outright, but US$549. Again, that's cheaper than the $739 we pay here in Australia, but it's not a sizable difference.

Remember that you need to take into account the US to AU dollar exchange rate on any price conversion. Australian outright prices for the iPhone 5s and 5c also include GST, while the US prices don't include state taxes.

So while we do pay more Down Under comparatively, the difference isn't huge once you've made all the calculations.

The iPhone 5c is slightly cheaper than the iPhone 5s, but the outright price difference is marginal. It will come in 16GB and 32GB models, with Australian pricing starting at $739 for the 16GB model, and $869 for the 32GB model. There is no 64GB model of the iPhone 5c available.

So far, Apple has only announced outright pricing for the iPhone 5s and iPhone 5c in Australia. However, both models will be sold by all three major Australian telcos — Telstra, Optus and Vodafone. Virgin Mobile will also sell both models.

Australia's telcos are yet to announce any pricing details for the iPhone 5s or iPhone 5c.