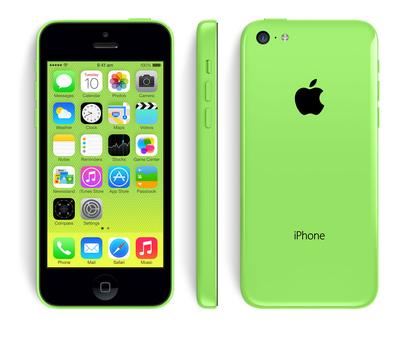 One of the big surprises in Apple's iPhone 5c announcement was the pricing, which was much higher than nearly everyone expected. What is Apple doing...and why?

The answers to those questions, or rather the speculation about them, is being hashed out in opinion posts, analyses and stock recommendations across the Internet. Words like "failure" and "disappointment" and "mistake" are being used to summarise the assessment of Apple's strategy.

But the negative reactions may be missing the true nature of Apple's business, and it's relationship with the one group that's more than willing to keep paying the high prices Apple charges for iPhones: the mobile operators.

Yesterday, the stock market made its judgement: Apple's stock price dropped from about $505 to $491 and opened Wednesday even lower, in the $465 range. A quartet of big financial firms -- JPMorgan Chase & Co., Credit Suisse Group AG, Bank of America Corp., and UBS AG -- all downgraded Apple after Tuesday's iPhone event.

The iPhone 5c is essentially an iPhone 5, encased in a plastic instead of an aluminum body. The year-old iPhone 5 itself is being discontinued, instead of still being offered at a discount as Apple has done in the past.

The third, and lowest-price, model is the 2-year-old 8GB iPhone 4S, which still sells for $529 outright in Australia.

At full price, the 5c is "only" $130 cheaper than the 5s. In this case, the question becomes how many consumers those who have decided the full-price 5s is too expensive -- will see the difference as justifying a 5c purchase? At full-price, in emerging Asian markets, the 5c still is almost as much a premium phone as the 5s.

With the telco subsidy that comes with a two-year contract, the 16GB 5c is "half the price" of the corresponding 5s, or less than US$100. For iPhone 5 and 4S users, this may offer a strong incentive to upgrade to the 5c instead of the 5s.

The full price numbers for the 5c are far higher than almost anyone predicted. The conventional wisdom widely insisted that Apple had to create a much more lower-priced phone in order to compete with the lower cost Android smartphones that are being snapped up by consumers in China, India and other "emerging markets."

"My assumption going into this, sixth iteration, of the iPhone was that we would see the expansion of the iPhone into two distinctly positioned products: a low-end c and a high-end s," writes Horace Dediu, an independent analyst who covers the mobile market at his Asymco blog.

"The surprise was that the 5c was not low end' in any way other than having a plastic case," he writes. "It has a minor spec increase over the [iPhone] 5 but is otherwise a five-feature set in a plastic skin. It also is priced as if it was the continuation of the 5, with a modest reduction in ASP [average selling price].

But the 5c is "low end" in one other sense: it is essentially a 1-year-old phone, as Dediu suggests when he mentions the "five-feature set."

Dediu reminds his readers of his October 2010 post where he suggested that the real goal of Apple's practice of discounting the previous iPhone when a new one is announced was not to expand the market by offering a lower-priced model but to make the new flagship phone "look better" and more appealing by contrast with the older phone and with Android rivals.

By contrast, the new 5c "has a distinct positioning that makes it seem fresh and not a lesser, stale version of the flagship," he says. "It is designed to appeal as a legitimate upgrade for iPhone 4/4S users. It is, in other words, not meant as an illusion, and not focusing attention on the flagship. Rather, it is meant to be a genuine, core product."

Dediu argues that the 5c is actually mainly intended for "late adopters in advanced markets," not for first-time buyers in what he calls "trailing markets" such as China and India. Apple now offers the late adopters a "good enough" smartphone in the 5c, with the 5s intended for the "more demanding" high-end buyer.

Writing for The Verge, Tom Warren came to a similar conclusion. "The iPhone 5c is Apple's answer to the Android threat in the midrange, but it's merely a cheaper iPhone, not a cheap one," Warren concludes. "The iPhone 5c could be a big deal in established markets like the US, where value carriers like T-Mobile stand to benefit from a new iPhone that isn't coming to market with premium pricing on day one."

Dediu, too, thinks it will be a big deal. He's projecting that the 5c will rapidly claim about half of iPhone sales. Currently, he estimates that the older models iPhone 4 and 4S account for roughly 30 percent of all iPhone sales during the last few quarters (some have estimated as high as 50 percent).

For Asian markets, he says, the iPhone 5c still "over serves" first-time buyers and is over-priced for them. Dediu thinks that could mean that Apple has yet another phone a still-lower-priced model in the works for those buyers or at least for some percentage of them.VentureBeat's John Koetsier draws on various data sources to estimate that in both China and India today, the iPhone 5c's full price amounts to about one average month's salary. "In other words, buying an iPhone for your average Chinese citizen would be much like buying a cheapish second-hand car for $5,000 to $10,000 in the U.S.," he writes.

By contrast, Koetsier notes, the average citizen pays "just US$130 for a no-contract "Red Rice" phone from emerging Chinese market leader, Xiaomi." That Android phone has a 4.7-inch 1080p screen and a quad-core processor. Xiaomi won wide notice when it recently passed Apple for sixth place in the Chinese smartphone market.

In his post, Koetsier cites data from Markellos Diorinos, of Upstream, a company that offers a software service designed to increase mobile consumer transactions. "According to recent research we conducted, a third of emerging market consumers would pay only $100 or less for a smartphone," according to Diorinos. "Only 15 percent of the 3,500 consumers we polled in emerging markets would pay more than $450 for their mobile device putting Apple's hefty price tag way off the mark."

Yet it seems unlikely that Apple is not keenly aware of those market dynamics. Therefore, the iPhone 5c pricing, and positioning, is not a "mistake." It's deliberate.

"The iPhone 5c has nothing to do with price...," writes DaringFireball's John Gruber. "What changes with the 5c is that the middle tier is suddenly more appealing, and has a brand of its own that Apple can promote apart from the flagship 5s....This move is about establishing the iPhone as a two-sibling family, like how the MacBooks have both the Airs and the Pros."

Yet price in another sense has everything to do with the iPhones. In a second post on Wednesday, Asymco's Dediu asked "why does Apple ask so much for its phones? At an average sales price [ASP] of $600 it's a shocking premium to the average phone, and with a six-year run, a shocking resistance to the corrosive effects of competition."

"The obvious answer to why Apple asks so much is because it can," he says. But the corollary question is: why does anybody pay this much? Dediu makes the important point that "those who pay Apple's prices are, mainly, not consumers. They are operators. Exactly 270 of them."

Why are the operators willing to pay so much for iPhones? "We have to conclude that operators place the orders because they obtain value from the iPhone even when it's priced at a premium to the average alternative," Dediu writes.

How do operators obtain value? "I've argued that this follow-the-money process leads one to conclude that the iPhone helps in moving users to higher revenue data services," he says. "These are more profitable services for operators and the subsidy model creates more loyalty and thus reduces churn and creates a stable cash flow which can then be leveraged through debt to upgrade networks and attract yet more loyal iPhone users....In that sense the iPhone is hired by the operator to do a unique and valuable job and is paid well for doing it."

The operator premium for the iPhone is passed along to consumers in their monthly phone bill, of which $10 to $15 might represent paying off the iPhone, Dediu estimates. But that arrangement creates a disconnect for subscribers. "The value of the iPhone to the user may be evident through its use but the payment for that value is not," Dediu says. And that's typical of the Internet and the complex service businesses built on it.

"The iPhone could thus be finally understood as a complex service business," he concludes. "It captures value [for the operator] through the phone bill but delivers value [to the user] through a screen."

One corollary that follows: "The complexity of services means that they are usually found in more advanced so-called service economies and rare in less developed so-called goods economies," Dediu says. "It's also the reason why Apple is so slow to penetrate all markets. It's not in the business of selling phones. It's in the business of enabling and creating services."

Those services are not limited to the smartphone market. With iOS, Apple has a software platform that is being adapted and adopted in a growing number of brand new emerging markets. The company has expressed interest in a new generation of TVs, the emerging "wearables" sector, and has agreements with a dozen auto makers to install iOS in their future car models, according to Tavis McCour, communications technology analyst with the Raymond James financial services firm.

"What Apple is doing is building an ecosystem of devices that work with the same operating system," he says in a recent podcast. "Getting iOS out beyond smartphones and tablets is designed to allow them to sell even more of their high-margin iPhones and confine their users in the ecosystem of their operating system."

Though how many find that ecosystem "confining" is another question.