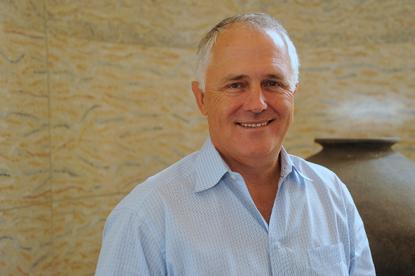 The Coalition is in damage control over its bungled Internet filtering policy, with senior Liberals lining up to distance themselves from the embarrassing "mistake".

The Coalition's policy to enhance online safety for children promised a default filtering system for smartphones and other Internet services to provide "maximum protection".

But a reference to imposing an "opt-out" filter on all Australians landed the Coalition in hot water, prompting senior Liberals to deny it was their policy intent.

Turnbull said in a statement that the policy document "was poorly worded and incorrectly indicated that the Coalition supported an 'opt-out' system of Internet filtering for both mobile and fixed line services".

"The correct position is that the Coalition will encourage mobile phone and Internet service providers to make available software which parents can choose to install on their own devices to protect their children from inappropriate material," he said.

Opposition Leader Tony Abbott also put the policy particulars down to human error, saying there was "a badly worded sentence or two in the policy document that went out".

But Deputy Prime Minister Anthony Albanese was less forgiving, accusing the Coalition of being unable to defend their policy when the details were aired in public.

"We saw it released in the afternoon, and it didn't last until the evening," he told ABC Radio.

Greens senator Scott Ludlum said it was an "abuse of liberalism" to suggest Internet users be put on a government list unless they only wanted to access content suitable for children.

Prime Minister Kevin Rudd said voters were starting to focus more on the Coalition's "clapped-out" NBN policy and the "debacle" over the Internet filter.

"Are they going to have an Internet censor or not?" Mr Rudd said on ABC radio on Friday.