HTC's One Mini to go on sale from September

HTC will launch the One Mini smartphone from next month, it has announced. 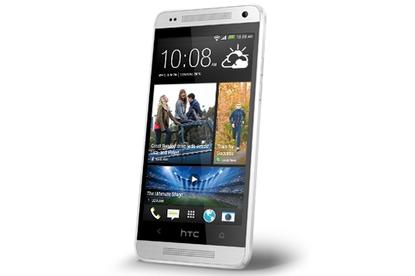 HTC will launch the One Mini smartphone from next month, it has announced.

The "glacial silver" HTC One Mini will be available through Telstra from Tuesday 17 September. Vodafone will exclusively sell the "stealth black" variant from early October.

The One Mini will retail for $480 outright through Telstra, and will also be sold on a range of contract plans.

Telstra's hero offer appears to be a $2 handset repayment on the $60 plan, which includes $600 worth of calls and MMS messages, unlimited SMS messages, and 1GB of data per month, over 24 months.

Telstra will open pre-orders for the handset online from Tuesday, 3 September, and says that the first 500 orders will receive a free Beats by Dr. Dre Pill Bluetooth speaker, valued at $249.

Vodafone hasn't yet announced its pricing or plan details for the handset.

The One Mini is essentially a downsized version of HTC's original One, which launched in Australia earlier this year.

However, the One Mini is significantly smaller in both width and height than the original One.