Hyperloop tube travel may be more than a pipe dream 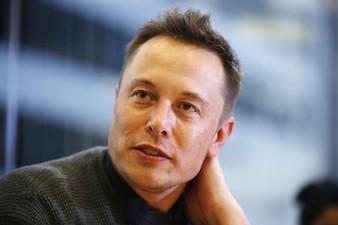 Instead of boarding a plane for your next business trip, ever think you might make the journey inside a solar-powered, car-sized aluminum pod shooting through a steel tube?

And you might get from Los Angeles to San Francisco in just 30 minutes?

That's the vision of Elon Musk, chief executive of electric car maker Tesla Motors and SpaceX, which has run two successful missions contracted by NASA to deliver scientific experiments and supplies to astronauts on the International Space Station.

If most people started talking about high-speed transportation inside a large tube, few would pay attention. Musk, however, is an entrepreneur who has made big things happen, such as being the first company to build and run essentially a commercial space taxi for NASA.

Musk is behind the idea for what he's calling Hyperloop, an elevated, city-to-city transportation system that would travel at speeds of more than 700 mph.

"Short of figuring out real teleportation, which would of course be awesome (someone please do this), the only option for super fast travel is to build a tube...," Musk wrote in a post on the SpaceX site. "Hyperloop is a new mode of transport... both fast and inexpensive for people and goods. Hyperloop is also unique in that it is an open design concept, similar to Linux. Feedback is desired from the community that can help advance the Hyperloop design and bring it from concept to reality."

In Musk's plan, Hyperloop consists of a low-pressure tube with capsules that hold up to 28 passengers and shoot through the tubes at either low or high speeds. The capsules, or pods, are supported on "a cushion of air" created by pressurized air and aerodynamic lift. Acceleration would be created by a powerful fan at the front of the pod sucking air in the front and expelling it at the rear.

Passengers would be able to enter and exit the capsules at either end or from various branches along the tube.

The initial plan was set up for a system that runs from Los Angeles to San Francisco, with capsules departing as often as every 30 seconds. According to Musk's plan that could transport 7.4 million each way annually.

So is there any real chance of one day traveling from L.A. to San Francisco, or Boston to Washington D.C., inside a pod shooting through a tube?

Well, some industry analysts say, Why not?

"I like it. It's bold, yet workable," said Dan Olds, an analyst with The Gabriel Consulting Group. "There will be a lot of special interests who will work to snuff it out, but it's a good idea and deserves more exploration. It could make business travel more affordable, and also allow people to live farther away from their jobs."

He added that for frequent business travelers, this could quickly get them from city to city without a trip to the airport.

"The other consideration is that much of the energy used could be harvested from solar cells lining the outside of the tube," said Olds. "The science behind it is sound. Assuming it can be built, it has the potential to move more people faster than any alternative -- and at a lower cost as well."

Zeus Kerravala, an analyst with ZK Research, said once the project gets beyond the funding and building stage, there are some strong positives to the idea.

"I think a faster mode of transport would be well received," he added, calling Musk "futuristic." "Frankly, I think it would great. Anything to save on travel time would be welcomed. I think initially there would be some concern, but once people started using it, I'm sure it would be mainstream."

This article, Hyperloop tube travel may be more than a pipe dream, was originally published at Computerworld.com.