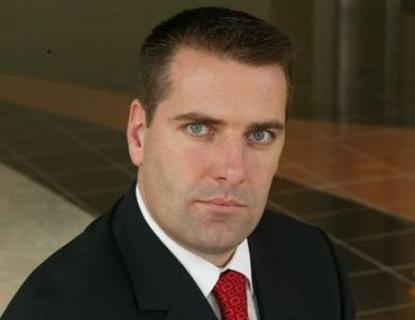 According to the company, other highlights of the 2012/13 financial year ending June 30 included a new 750sqm warehouse facility in Sydney, doubling of office space in Sydney and Melbourne and staff growth of more than 30 per cent.

“The past financial year has further proven the success of our distribution model and the intrinsic, transformative approach we take to servicing the IT channel - a market that is in a continual state of change and development,” WhiteGold managing director, Dominic Whitehand, said

“We believe that we have our finger firmly on the pulse of the technology, business and social changes that are shaping our serviceable market. Our transformative approach is in bringing relevant tools, knowledge and converged technologies to our partners, in order to enable them with all they need to position themselves as leaders in the channel,” he said.

Recent full-time addition to the WhiteGold team, commercial director, Leigh Howard, said the distribution landscape was changing – and organisations that ignored the new paradigm in transformative distribution could get get left behind.

"We have long taken a transformative approach as a business, because by our nature we have a ‘challenger fabric’ across the organisation – more than anyone else, we have chosen and introduced disruptive, next-generation, challenger brands for our solution arsenal and taken these to market with innovative new tools and enablement platforms for our partners," he said.

"Technology, and the industry itself, are being driven by a new generation – and recognising the necessary changes that need to be made to address the attitudes, desires and needs of this generation are key in delivering a customer experience that supersedes the non-transformative, industry norm.”

Both Howard and Whitehand told ARN that the company would be making a series of announcements over the next few months about how its systems, enablement tools, new technology offerings and business units will address this "new generations’" needs.

If a quick trip round WhiteGold's French's Forest offices is any indication, then the growth at the company isn't over-stated. As it waits to move into its new warehouse over the next week, any spare space - in offices that have recently virtually doubled in size to incorporate its growing staff and operation - is taken up by stock.

And it isn't just in Sydney. The Melbourne operation being led by sales director, Jonathan Odria, is also growing with additional staff coming on-board recently.

“One only has to look at our achievements over the past year to see that our long-standing, transformative approach to distribution is truly kicking into gear,” Odria said.

"We’re ecstatic to have grown by such large factors – both in terms of revenue, staff numbers and of course logistics facilities and office space. Are we surprised by the level of this growth? No, we’re not – our growth metrics are almost exactly what we targeted for, this time last year. Furthermore, we are targeting even higher growth for this coming year.”

"The reality is most of our new vendor relationships are still in the infancy stage and significant contributing revenues were not expected last year, but will be seen in this year," he said. In addition, our most significant new sole vendor agency involved a consolidation of three distributors into one [WhiteGold] – and we are on-target to grow the pre-consolidation combined revenue figures for their last financial [calendar] year by 40 per cent this year.

"For our own financial year results, we only had this sole relationship for five months. Across the board, our growth has been truly organic – and this is what gives us the confidence to target even more significant growth metrics for the year to come”.

Whitehand said that WhiteGold already had an open headcount for eight further resources in sales, engineering and administration and the company would continue to strengthen its business with "quality people, systems, technologies and strategies".