China Mobile wants more control over its devices and wants to better promote its services, according to analyst 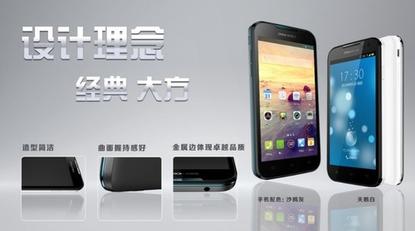 China Mobile is launching its own branded handsets.

The phones are low-end models optimized to use the carrier's different wireless services. Both phones will launch later this month.

It's not the first time the carrier has tried to take more control of its handset products. In 2009, the company backed its own mobile operating system called OPhone that worked as a more localized version of Android. The OS, however, failed to gain traction in the Chinese market, and appeared on fewer and fewer phones over time.

In addition, China Mobile has struggled to draw customers to its 3G network. Only about 19 percent of its customers use the higher-speed network, depriving the carrier of revenue that could be earned by demand for more data services.

Recently, China Mobile has seen its financial growth slow. In this year's first quarter, the carrier's net profit was up only 0.3 percent year over year.

To help increase adoption of its 3G services, China Mobile has bolstered its sales and marketing for third-party handsets built for its networks. But by releasing its own company-developed smartphones, China Mobile can better promote data services on the devices, said Teck Zhung Wong, an analyst with research firm IDC.

The handsets won't sell well in China's largest cities, where big-name brands such as Apple, Samsung, Huawei and many others dominate, Wong said. But in the country's smaller cities, China Mobile is seen more as a trusted brand, he added.

"I think this is a good move for them. It doesn't cost them much to do this," Wong said. "After all they don't want to just remain a service provider."

Both phones use Google's Android OS. The first phone, the M701, will be priced at 1299 yuan (US $210) and uses a MediaTek quad-core 1.2 GHz processor. It has a 5-inch high-definition screen, and a rear-facing 8-megapixel camera.

If China Mobile's own-brand handsets are successful, the carrier will be in a good position to launch future phones built for its own upcoming 4G networks, Wong said. China could issue commercial 4G licenses to carriers as soon as September, according to IDC.