The company's entry-level 840 Evo, with four times the storage of its predecessor, will go on sale next month 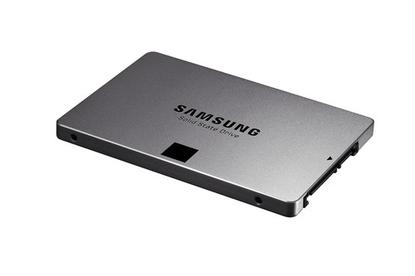 Samsung Electronics will offer a range of faster SSD drives for consumers from next month, including a zippy new 1TB drive meant for everyday use.

The company's "840 EVO lineup" will be two to three times faster than its existing 840 drives, depending on the capacity, it said Thursday. The 1TB version has a sequential write speed of 520MBps, over double its predecessor, while the 120GB model can reach up to 410MBps, about triple the older version.

As NAND flash prices fall and adoption of SSDs spreads in consumer computers and laptops, terabyte-sized SSDs have become the new battleground for manufacturers. Samsung announced its newest drives under the slogan "SSDs for everyone."

Micron unveiled a 1TB drive, the Crucial M500, for consumers in January at the International CES show in Las Vegas, pricing it under US$600, or 60 cents per gigabyte, far below rivals at the time. The first 1TB SSD, from OCZ, launched in 2011, still sells for over US$2,500 online.

Samsung has yet to reveal the price for its 840 EVO, which it said will go on sale in August in major markets. The company's sequential read/write speeds are slightly faster than Micron's product, as are its 98,000 input/output operations per second (IOPS) and 90,000 IOPS random read and write speeds.

The new SATA-based, 2.5-inch drives will come in sizes ranging from 120GB to 1TB, and will use Samsung's NAND flash built using process technology smaller than 20 nanometers. The company's previous consumer drives maxed out at 250GB.

Samsung also announced a new lineup of SSDs for enterprise storage, including a 1.6TB drive that has a sequential read speed of 2,000MBps and a random read speed of 740,000 IOPS. The company said it is the fist to build a 2.5-inch SSD based on NVMe (non-volatile memory express), an interface specification for solid-state drives that replaces the SATA interface now widely in use.

The 2.5-inch enterprise drives will also come in 400GB and 800GB sizes. Samsung said it plans to expand its enterprise offerings based on NVMe in the future.