Visual Studio 2013 will allow developers to store settings in the cloud, where they can be accessed by multiple computers 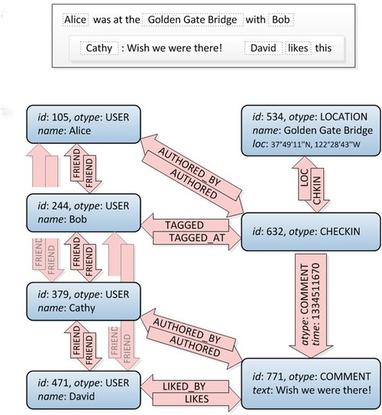 How user input and follow-up interactions are parsed by Facebook.

Microsoft kicked off its Build conference in San Francisco this week by releasing a preview of the next version of its Visual Studio IDE (integrated development environment), as well as updates to other development tools.

"If you are interested in building a modern, connected application, and are interested in using modern development lifestyles such as 'agile,' we have a fantastic set of tools that allows you to take advantage of the latest platforms," said S. "Soma" Somasegar, corporate vice president in Microsoft's developer division, in an interview with IDG News Service.

Somasegar noted, for instance, how the new Visual Studio provides more tools to help developers build applications for Windows 8.1, a beta of which is also being released this week.

Many of the new features in Visual Studio 2013 address the kinds of mobile, connected applications that developers need to build these days, Somasegar said. For instance, it provides new tools to profile energy and memory usage, both of which must be considered when building applications for mobile devices. It also includes a new tool for providing metrics on how responsive an app is for users.

Visual Studio 2013 is also tackling the challenge of writing an application that relies on cloud services in some fashion. Microsoft is providing interface from Visual Studio to its Azure Mobile Services, which synchronizes data and settings for a program used across multiple Windows devices.

Visual Studio 2013 itself will also be easier to use across multiple devices. It will allow developers to define environmental preferences, or the settings and customizations for their own versions of Visual Studio, that then can be applied to other copies of the IDE. Microsoft can store these environmental settings in the cloud, so they can be downloaded to any computer connected to the Internet.

Another new feature, called Code Lens, provides "a class of information that, as a programmer, has been historically hard to get." It can show, for example, which part of a program is calling a particular method and what other methods that method calls. Visual Studio 2013 also expands its support for C++ 2011, the latest version of the C++ language. Visual Studio's feature for debugging the user's own code (as opposed to running a debugger against the entire set of code) now works with C++ 2011.

Beyond Visual Studio, Microsoft is building more developer hooks into the next release of its browser, Internet Explorer 11, which is expected to be released with Windows 8.1.

Microsoft has completed "a major revamp" of the tools the browser provides to developers. The browser will come with a source-code editing tool, as well as a number of built-in diagnostic tools, Somasegar said. The idea is that the developer won't have to toggle back and forth between the browser and the IDE. A Web application or page can be run, and mistakes can then be fixed, directly from within the browser.

With .Net, Microsoft worked on improving performance of the runtime environment. It can also provide more diagnostic information on how much memory a .Net program is using, and provide more information in a dump report should a program crash. Also, once a developer chooses a particular platform for a .Net project, such as an ASP.Net project, .Net will only display the components that can be used on that platform.

When Windows 8 and Windows RT were introduced, many Windows developers voiced concerns about the future of .Net, due in no small part to how little the platform was mentioned in Microsoft's initial instructions on building Windows 8 modern applications.

Somasegar said Microsoft has always encouraged, and will continue to encourage, the use of .Net as a way for developers to write "managed code" for Windows 8 and Windows RT modern applications, as well as for Windows desktop applications.

In addition to issuing previews of Windows 8.1 and Visual Studio 2013 this week, Microsoft is also releasing a preview of the latest edition of the company's application lifecycle management software, Team Foundation Server 2013.