Google said to be close to buying Waze, developer of crowdsourced map app

The Israel-based mapping startup has also been courted by Facebook, reports have said 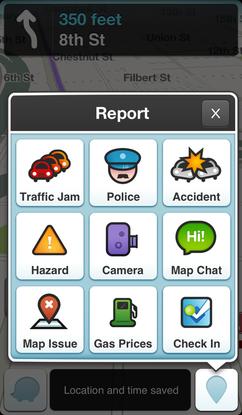 Waze is a crowdsourced mobile app for navigating traffic and roads.

Google is close to a deal to acquire Waze, maker of the eponymous crowdsourced mapping app, for at least $1 billion, according to the Wall Street Journal and others.

The potential deal was first reported by Israeli business site Globes which said it would be worth $1.3 billion, citing sources.

Started in Israel, now with offices in Palo Alto headed by CEO Noam Bardin, the company says it has about 45 million users in 193 countries, according to the Journal. Waze originated in 2006 as an open-source mapping project led by CTO Ehud Shabtai; the company formed two years later with venture-capital backing, according to information on its website.

The app allows users to tap into shared traffic and navigation information. Data on road obstacles, rush-hour snarls, accidents and the like can be shared with other drivers in real time. The most recent version of the app delivered last month, Waze 3.7, includes integration with Facebook that places Facebook events in users' navigation lists and allows them to see the progress of Waze-using friends travelling to the same event. Users can also join the community of map editors to improve data on the maps themselves, which use TIGER (Topologically Integrated Geographic Encoding and Referencing) data from the US Census Bureau. The app is free, supported by location-based advertising.

A deal could be announced this week, the Journal said.

Waze did not reply to a request for comment; Google declined to comment in the published reports.