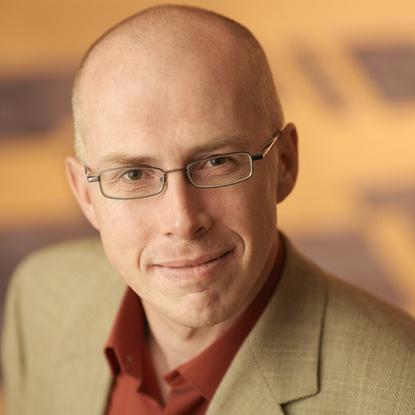 Long considered old-school tools with no place in shiny corporate social collaboration suites, to-do software is making a comeback with a new air of cool about it and renewed appreciation from enterprise IT.

The reason? It's now clear that enterprise social networking (ESN) software helps people collaborate on projects, but is not particularly good for assigning and tracking who is responsible for doing what by a specific date.

As a result, in the past two years demand has risen for a new type of collaboration software that combines enterprise social features with functions for leaders to plan and supervise projects and for team members to track their tasks -- it's known as social task management (STM).

ESN products have hogged the collaboration market spotlight for the past eight years. Vendors promise improved productivity via Facebook- and Twitter-like capabilities adapted for workplaces, arguing with increasing success that email is overused and inefficient for many tasks that their products are better suited for.

Consequently, more and more CIOs get persuaded every day that their employees will work better together with ESN suites that let them set up profiles, microblog, share files, co-edit documents, participate in discussion forums, launch wikis and comment on and rate corporate content.

But when ESN software first emerged and started gaining traction in enterprises, many vendors rejected the idea of including in their suites an application to identify and structure project tasks, saying that such a component would introduce complexity and dilute the core value of ESN: facilitating free form, ad hoc collaboration.

"Now people are turning around and saying: 'Hey, a bit of structure isn't a bad thing," Koplowitz said.

In most projects, leaders must sketch a blueprint and assign tasks to team members, and some of those tasks may be very social in nature, like collaborating on a presentation to the board of directors. But it's usually necessary to do structured tracking of deliverables and deadlines.

"So teams move among structured and social activities as they work on a project," Koplowitz said.

Although they aren't homogenous in their feature sets, STM products generally are designed to serve both team leaders and project participants in a way that is more intuitive and friendlier than legacy project management tools and more powerful and collaborative than traditional stand-alone to-do applications.

They also take advantage of and incorporate social collaboration features popularized by ESN products, though they don't make those social interactions the centerpiece of their software.

Momentum for STM software has been accelerating in the past two years.

A well-known vendor in this market, Producteev, which launched its product in 2008, was acquired last year by Jive Software. Jive is now busy working to integrate the tool with its core ESN suite.

In 2009, Facebook co-founder Dustin Moskovitz co-founded STM vendor Asana, which has since raised $40 million in funding and has signed up customers like Virginia Tech, GoodData, Pinterest, Foursquare and Dropbox. In May of this year, Asana began making a stronger push for larger clients and deployments with the rollout of a new set of enterprise features.

In September 2011, VMware launched an enterprise social task management tool called Strides, integrated it with its Socialcast ESN suite. By April of this year it had evolved into a new Socialcast component called Projects. In late 2011, Salesforce.com announced its own product of this type called Do, while Deltek announced its STM product Kona.

IBM, for its part, was ahead of the trend, having had an STM component on its Connections ESN product for years, while SAP recently merged its Streamwork STM product into its broader Jam ESN suite.

Alan Lepofsky, a Constellation Research analyst, sees a consolidation trend as these products are integrated into broader collaboration platforms and simultaneously evolve to work with core business applications that employees use on a daily basis.

"These integrations are necessary or else the social task management tool just becomes another destination that people have to use," he said via email.

In fact, the need for enterprise STM software is in part the result of the increased use of ESN software, which gives employees a variety of tools to collaborate with beyond email, creating a new set of challenges around staying organized and juggling priorities, according to Lepofsky. That's where STM software can help keep projects on track.

At Hitachi Data Systems, where Jive's ESN suite is used by almost 6,000 employees globally, sales teams have started to complement it successfully with Producteev. Hitachi is looking forward to a broader rollout of the STM product when it gets integrated with the Jive software.

While Jive's ESN suite has been a hit with Hitachi Data Systems and become the company's primary collaboration tool since its enterprise-wide implementation in April 2011, employees need a project and task management tool.

"We still run a lot of our decision making and projects on spreadsheets," said Nick Howe, Hitachi Data Systems' vice president of learning and collaboration.

In its initial deployment for salespeople, Producteev has proven to be a good fit for helping both project managers and team members manage tasks in a company that Howe said promotes a dynamic, decentralized, entrepreneurial work culture.

Producteev is lightweight and intuitive, but it's powerful enough for managing tasks distributed across a team or multiple teams, which can be a challenge for both project managers and team leaders, according to Howe.

The enterprise CRM system the company uses is great for managing a $10 million deal with a major customer, but it's not built for tracking the thousands of action items the sales team needs to stay on top of to keep customers happy, he said.

In sales, the company has "a constant stream of relatively simple but massively important to-dos distributed across a wide ranging group of people," Howe said.

With managers leading multiple projects and employees participating in multiple projects, having a tool like Producteev within the Jive suite will make it easier for all involved to manage tasks, provide status updates and post task completion notices.

Jive has already started adding some of the task management functionality to its suite, and is working towards a full Producteev integration later on.

"We've positioned Jive as a place to get work done primarily so Producteev absolutely plays to that," Howe said.

Others believe that the enterprise STM tools will leapfrog ESN suites by proving themselves more effective at helping organizations get projects done.

"We don't believe the social networking part of ESN products is sufficient or even what companies really need," said Kenny Van Zant, who is in charge of business and operations at Asana.

"We think that what teams need is solving the core problem of managing the work, and that requires a platform that puts tasks at the center of the graph," he added.

Not everyone agrees. Brian Murray, director of enterprise strategy at Microsoft's Yammer, said that the foundation for getting things done in a workplace setting is communication. "That's where Yammer comes in," he said. "That's not to say there's no room for task management functionality, but that's not our focus. We're about sharing information around a project."

Yammer can be used for managing task and projects with the features it has today, he said. Plus, Microsoft is in the process of deeply integrating Yammer with its SharePoint collaboration server, which has task management capabilities, and with a variety of other company products, like Office and Dynamics. In addition, an integration with Microsoft Project may be on the horizon as part of that overall effort, according to Murray.

Whether a standalone STM tool is sufficient or instead should be part of a broader ESN suite ultimately depends on each company's needs, according to IDC analyst Michael Fauscette.

Adopting enterprise social tools in general requires a cultural change in the way companies work, because employees need to learn to shift tasks they've used email for throughout the years over to wikis, microblogs, activity streams, shared documents, discussion forums and the like.

Implementing this culture change is more complicated and more important than the actual implementation of the enterprise social software a company chooses, he said.

"It represents a new way of working," Fauscette said. "Enterprise IT leaders need to figure out how to support the business and its goals with these new enterprise social tools."

If employees are asking for, or needing, an enterprise STM tool and the organization doesn't have an ESN suite, it might suffice to bring in a stand-alone tool like Asana's, Koplowitz said. However, if the organization has an ESN suite already, CIOs should look first at what that vendor offers or plans to roll out in the near future for task management, he said.

Jive is convinced that STM software is becoming an essential component of ESN suites, and that's why the company bought Producteev last year. "JIve's view of the way productivity happens is that it's a combination of both conversation and collaboration, as well as structured tasks and projects," said Nathan Rawlins, vice president of product marketing at Jive.

"That's where we're headed next: bringing task management directly into Jive," he added.