The Haswell-based PCs are cooler and faster than older models 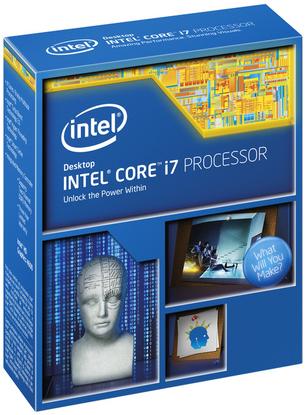 PCs that are cooler, smaller and faster were announced by computer makers Sunday in advance of Computex, with the new machines featuring Intel's speedier fourth-generation Core processors code-named Haswell.

Asus, Cyberpower and MicroCenter announced all-in-ones, gaming laptops and desktops with Haswell, with major PC makers like Dell, Acer and others expected to follow in the coming days. Many new PCs will be on display at the Computex trade show in Taipei, which opens Tuesday.

The announcements came on the same day Intel announced its first fourth-generation quad-core Core i7 and i5 chips based on Haswell. Intel is expected to announce more Haswell processors at Computex.

"Haswell adds about the same 10 to 15 percent performance boost that Ivy Bridge took over Sandy Bridge, with yet another big reduction in power and heat generated. It's obviously a huge step for laptops where performance-per-watt is paramount," Reeves said.

The Haswell improvements may matter more on laptops where battery life is important. The desktop benefits are less obvious but no less important, Reeves said.

"If you're like most of the PC-buying public that hasn't purchased a desktop in three or more years, they're in for a really surprising leap in what Intel has done with the PC platform in these past couple generations," Reeves said.

"The result is a PC that is hugely advanced over what most people are running at home. And it doesn't just mean the traditional 'beige box' PC they're used to is better, this new efficiency is resulting in new form factors," Reeves said.

One such form factor is the Falcon Northwest's Tiki microtower, which the company will ultimately upgrade to Haswell. The company, which makes PCs for enthusiasts, will also upgrade its other desktops and laptop models to Haswell.

Combined with graphics cards, gaming desktops with Haswell processors will be able to handle the most demanding games, Intel officials said in interviews.

Asus announced two all-in-one PCs with 23-inch and 27-inch displays, respectively. The 27-inch ET2702 touch all-in-one displays images at a 2560 x 1440 pixel resolution and has USB and HDMI ports, with a Thunderbolt port as an option. The 23-inch ET2311 touch display has a resolution of 1920 x 1080 pixels and is intended to be a desktop replacement.

Cyberpower announced the US$1,579 FangBook EVO HX7-200 laptop, which focuses more on performance than battery life. The laptop is geared for gaming with a 17.3-inch 1920 x 1080 pixel screen, a quad-core 2.4GHz Intel Core i7-4700MQ processor and a Nvidia GeForce GTX 780M graphics card.

U.S.-based Micro Center announced the PowerSpec G411 desktop for gamers starting at $1,399. The desktop comes with the new Intel Core i7-4770K unlocked processor, which will allow enthusiasts to crank up performance of the PC. The desktop also has the Nvidia GTX660Ti graphics card. The desktop is available Sunday.

Razer has also announced the thin-and-light Razer Blade gaming laptop, which has a 14.1-inch screen that can display images at 1600 by 900 pixels. The Blade is 16.76 millimeters thick, has 8GB of RAM, and an Nvidia GTX765M graphics card. The price will depend on configuration and the laptop will be available Monday.