Wal-Mart to send automated shopping lists to its mobile app

By crunching data about a customer's buying habits, the store thinks it can pop up the things they'll need to buy 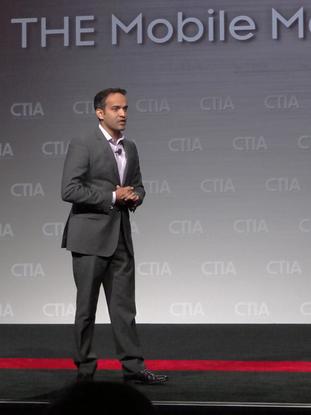 Wal-Mart plans to use big data about a customer's usual shopping to automatically create shopping lists for them on its mobile app.

That's one of the tools the world's largest retailer plans to use to improve the in-store shopping experience as it looks to mobile-influenced purchases outpacing e-commerce sales, said Gibu Thomas, Wal-Mart's global head of mobile, in a CTIA Wireless keynote speech Wednesday.

"The future of retailing is the history of retailing, of a personalized interactive experience for every customer delivered through a smartphone," Thomas said. Citing independent studies of the U.S. market, Thomas said in-store buying influenced by mobile use was on track to be about twice as big as e-commerce sales by 2016.

Mobile already drives about one-third of the traffic to Walmart.com, spiking to more than 40 percent during the holiday season late last year, Thomas said. The store's smartphone app also boosts buying: Customers who have the app make more trips to Wal-Mart and spend as much as 40 percent more there, he said. A majority of Wal-Mart's customers have smartphones.

The app already includes a shopping-list function, which can tell customers where to find their products in the store and give them relevant digital coupons they can redeem through the phone. Wal-Mart is testing a system called "Scan and Go" with which shoppers can scan each their purchases with the Wal-Mart app and then scan their phone once at a self-checkout register to pay, Thomas said.

But through analyzing what customers usually buy, the company now thinks it can automatically compile a list that will come up whenever the shopper opens up the app. It's designed to anticipate what the customer will need.

"The best shopping list is the one you don't have to create, so that's the one we're working on," Thomas said.