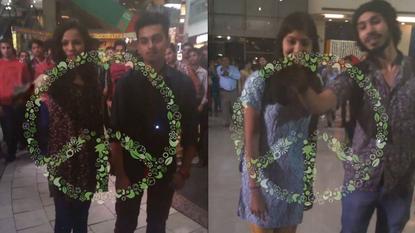 Citizens of India and Pakistan tracing a peace symbol together to earn their Coca-Cola can.

Despite a shared history and a common struggle for independence, citizens of India and Pakistan have been on either side of bloody and costly wars, and strained diplomatic ties. For decades, several peace-keeping efforts have been attempted and abandoned because of lack of political support.

Now, Coca-Cola, alongside an Australian company, is hoping to change that with the help of technology, and vending machines.

In March 2013, Australian creative agency, Leo Burnett (both the Sydney and Chicago teams) launched its ‘Small World Machines’ (SWM) initiative following Coca-Cola's request for a new, open-hearted way for people to come together. Funded by Coca-Cola, the project aims to unite Indian and Pakistani citizens in what it calls a “powerful display of humanitarian tenacity.”

The SWM project involved transforming two basic Coca-Cola vending machines into live communication portals. Each SWM is built with a camera and 3D touchscreen technology to stream live video feed between the devices; ‘Active Shutter’ 3D technology is used to project a streaming feed onto the vending machine screen, while filming through the machine at the same time in order to enable a live exchange.

The two vending machines were stationed in high-traffic areas in New Delhi, India, and Lahore, Pakistan.

Rather than allowing citizens to simply purchase a soft drink, the machines require people to cooperate with someone in the other city in order to ‘earn’ it. The drink would only dispense once both parties completed simple tasks together; citizens would be asked to wave, touch hands, draw heart shapes, dance, and so on.

In doing so, the project hopes to incite greater interaction and cooperation, and to eliminate the lingering "us versus them" mentality which exists among some.

Leo Burnett has released a video of the project in which a lady is heard to say: "Together, humanity; this is what we want; more and more exhange."

While India and Pakistan have a shared history of language, and other cultural customs, the countries' border conflict over Kashmir, and resulting tensions have persisted since they became independent of British colonisation in 1947. The goal of the project is to eliminate the misconstrued (and often misunderstood) hostility construed through the events.