IT spending by banks recovering, to surpass pre-GFC levels by 2014: IDC 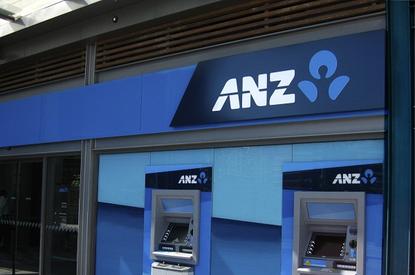 One of the first types of spending to decrease was typically related to IT, though IDC financial insights research director, Michael Araneta, said the situation has been improving year by year.

When analysing the compound annual growth rate (CAGR) in IT budgets among top 250 banks in Asia Pacific, excluding Japan, Araneta said it was at 7.8 per cent from 2005 to 2008

Despite the thrifty last few years, IDC is forecasting a rise to 8.8 per cent in 2013, which is higher than the 7.8 per cent before the GFC hit.

“We foresee a bit of resurgence of IT spending this year, Australia will be at the top for markets where IT spending will take place,” Araneta said.

IDC expects Australian banks will increase spending on IT by 6.8 per cent, which is comparable to the 6.9 per cent Singapore will spend.

However, this is still less than the 9.1 per cent spending increase by Thailand, 11.4 per cent by Philippines and 12 per cent by Indonesia.

According to IDC, cost management was a big theme in 2012, with average cost-to-income going down, reflecting strong scrutiny of cost by management and other stakeholders.

As for whether this trend is true for most Asia Pacific banks, IDC increases the sample size from 100 to 350 banks in Asia Pacific excluding Japan.

Customer at the centre

One aspect of this is an increased dependence on analytics, as well as a strong acceptance of mobility.

Some of the things IDC is expecting in 2013 include transaction receipts, first iteration of NFC payments, and goal setting with social network elements.

When it comes to 2014, the analyst firm predicts the rise of virtual currencies and more payments done by NFC.

“There will also be discounts and promotions for credit cards, with locational intelligence and augmented reality elements,” Daruwala said.

Remaking traditional channels is another focus for banks in Asia Pacific, leading IDC to wonder if people getting “more connective” with the branches.

“There is a lot more self-service, new gadgets, and after hour activities,” Daruwala said.

Speed is an area that banks are innovating in, notably with UBank by National Australia Bank reducing account opening time from two days to five minutes.

Developments IDC suggests keeping an eye out for in 2013 and beyond include faster payments and big data technologies that promise speed.

Banks are getting on board the “hyper-personalition” bandwagon as well.

“Social media has changed the notion of interactions, where it has to be as personal as possible,” Daruwala said.

Some other key changes IDC has seen in the local banking sector include banking staff calling the customer by name, sending birthday greetings, and providing customised and consolidated statements.

To put these developments into perspective, Daruwala said out of the estimated $10 billion to be spent by banks on improvements, approximately $3 billion is expected to be allocated to augmenting channels as part of a push towards “customer centricity.”