Microsoft Australia's Pip Marlow, a self-proclaimed channel girl, has a larger-than-life character and a stellar IT career 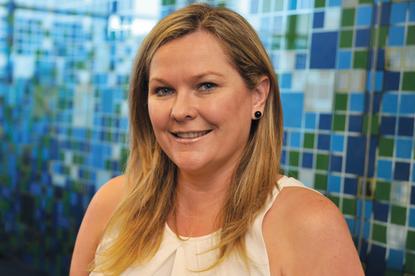 Self-proclaimed channel girl, Pip Marlow, has risen to the top of Microsoft Australia through years of hard work and sheer determination. In this, the third of our interviews with the 2012 Hall of Fame inductees, Marlow gives us a glimpse of her larger-than-life character and her stellar IT career.

A philanthropic spirit was sparked in Microsoft Australia managing director, Pip Marlow, at a very young age. Growing up in Palmerstone North, NZ, with four siblings, Marlow recounts the generosity and compassion of her middle-class family, who went ‘above and beyond’ to help those less fortunate.

“My parents instilled a belief in social justice in me at a young age. They took in a family from China and helped them settle in NZ; they are still friends of the family today,” said Marlow, explaining the Chinese family lived in her family home (in a room adjacent to the garage) for many years.

Instrumental in helping the Chinese immigrants make a life for themselves was Marlow’s father, who instilled in her a sense of compassion and community fairness.

Certainly, Marlow credits her late father – who sadly passed away from brain cancer a few years ago – for inspiring her to take professional risks and never underestimate her potential.

Rise to the top

Surprisingly, Marlow’s journey into IT wasn’t planned. Chasing adventure (“the attraction of the big smoke”) and following her brother’s travelling footsteps to Australia, Marlow settled in Sydney and took her first job at a small reseller in Ultimo doing admin­istration work, even though a career in IT was far from planned.

“I get asked the question, ‘Did you always think this was going to be your path?’ and, in fact, it was probably the opposite. I do remember in high school when we got our first computers. It was a room with three computers in there. I thought I’m not going to take that course because I’m never going to use one. And obviously I was wrong.”

Although Marlow didn’t plan her IT path, her strong work ethic and entrepreneurial spirit has seen her rise the corporate ladder, earning significant accolades along the way (such as the global Microsoft chairman award).

While at the reseller, Marlow did some front-facing in the store, doing ordering and procurement. “I realised this computing thing, this IT thing, actually might take off. It might go somewhere.” Marlow then moved to Samsung in North Ryde to take up a sales and administration role in the monitor market. “I ended up thinking, ‘I quite like this technology thing. It is cutting edge.‘ The lure of North Ryde was incredible.”

Marlow then took a chance, thanks in part to her father's direction and encouragement, and jumped into working for a start-up called Agate Technology.

“I thought this is the time to go and experience a start-up. I had no constraints, no mortgage, no kids. It was time to go and do something like that.

“That company grew really quickly. We got the authorised distribution for Seagate, Adaptec, IBM – and that was my world of selling hard drives.”

After three years at Agate, and seeing the company catapult from three employees to 60, Marlow took the next step in her career and joined Microsoft in the OEM division. As such, her love affair with the channel began 17 years ago.

“I was looking after channel development – the system builders. Trying to think about how we dealt with anti-piracy issues. How we built channel strategy.”

Indeed, Marlow’s career has predominantly been living and breathing the channel up until five years ago. “The channel is in my DNA. One of the things I bring, even when I moved into a customer role, was my passion for the channel and bringing our partners into our customers,” she said.

“The channel has always been a very vibrant channel in Australia. They are vocal, they are passionate. They do adopt and transform and we’ve seen that over the years. It is always great to be part of the Australian channel.”

Marlow is a strong advocate for diversity and women in ICT. Her climb up the corporate ladder has been both rewarding and challenging. Notably, she saw some significant career advancements come her way whilst pregnant.

“I always feel really grateful. I’ve had a fantastic experience,” she said. “Both times I was pregnant I got promoted at Microsoft. In both cases I thought something different would happen. When the opportunities came up I thought, ‘There’s no way I’m going to get them,’ but on both occasions I got them. I feel the company and the managers have been incredibly supportive in regard to my career expressions.”

Marlow worked in the US for eight years – she was invited to take up a US role based on her award-winning work on an Australian-based channel development project.

During her career, both here and in the US, she has stood up and asked for what she wants – a strategic move she wants to encourage young women to do more. “I see it when I hire. I see men negotiate and ask for better salaries. But women don’t ask. Over the years, I’ve had to say, ‘Yes I am interested in that.’ And I’ve had great people believe in me ahead of myself, which is helpful when you have that sponsorship. I feel as females we don’t feel comfortable asking for that opportunity.

Another hurdle is women don’t seek out sponsors, Marlow added. “Females don’t work their network for sponsors and mentors the same as men. As females, we need to know that it’s okay to ask for help, it is okay to leverage your network. We talk about, ‘it’s not just what you know, it’s who you know’ – it is both of those things and you have to bring them together to achieve business outcomes as well as career outcomes.”

Asked how she would describe her leadership style, Marlow said it is participative, authentic, with a dash of risk-taking and fun.

“Participative is different to consensus for me. You can’t always drive to consensus but the value of participative leadership is you engage the wisdom of crowns. I don’t have the answer to everything. If only I did. I could be much faster and be home by midday. I try and make sure that I engage a model that engages my leadership team and my management community as well as the individual contributors to help us plan and grow.

“I have a very authentic style: ‘what you see is what you get.’ I don’t have the energy to put up a façade every day. I have to get the kids ready for school, work with a team in region, work with our customers and partners. If a company doesn’t want me for what I am - if they only want me for a façade - then they don’t really want me.”

It is also her style to take risks, she added. “You don’t always have all the information so working with both the information and the people at hand, and your gut and your instinct with years of experience, guiding you, then you can take some risks. My leadership style also likes to have a bit of fun. I spend too many hours here not to enjoy what I do.”

Certainly, Marlow’s philanthropic ways continue to this day – in not only her personal life, but in her professional role at Microsoft.

In giving back to the community, she’s passionate about education and diversity. “Being a female CEO is both a privilege and a responsibility. I do have an opportunity to be a role-model to other women, ‘that you can do it, and do it in a way that you don’t have to sell your soul.‘

“It is super clear to me that my family is No. 1. I love my job, but I love my family more. That doesn’t disrespect my role or the company. I love what I do and I care about the people who work here. That’s really important to me. But if you know what your true north is – for me it is maintaining my family.

So then it is about, ‘How do I do this job successfully plus honour that priority for me.” One of her main “life goals” is to further her charitable commitments. “Being in this role has helped me form some new areas of interest. I sit on two boards of two charities. One is the Beacon Foundation and the other one is Australian Business Community Network (ABCN). Both of these charities are focused on working with students at disadvantaged schools and providing programs to help them.

“I come from a philosophy that said everybody is born equal. Everybody is not always born into equal circumstances though. And my children got lucky. They were born into really good circumstances – they won the lottery. But not everybody wins that. Some of these kids are second and third generation unemployment.”

And like her passion towards charitable work, Marlow is very connected with her family – with her extended network (her mother and siblings), her supportive husband and her two girls (11- and 8-year-old). “We’re a very close family. Four of the siblings just came back from two weeks in the US together - nineteen of us traipsing around the west coast of the US.”

On the family front, you shouldn't mess with a focused and organised Marlow when she’s involved with a school function. “This year I’m a Year 3 class Mum. Lucy is in Year 3. I did it when Sophie was in Year 3. That is taking up a chunk of time.”

She just recently organised a Melbourne Cup lunch at the school and brought out all the Microsoft power tools to help her organise. “As all the mums at the school will say, ‘Everything is done on an Excel table, and everything is really efficient,’” she chuckled. “I use all the tools at my disposal to make that a highly organised, structured planning process.”

Certainly, the personal Marlow and the professional Marlow have one trait in common - being organised.

“I had to be organised to survive,” Marlow said, recounting her early days in Sydney and her rise to the top of Microsoft Australia.