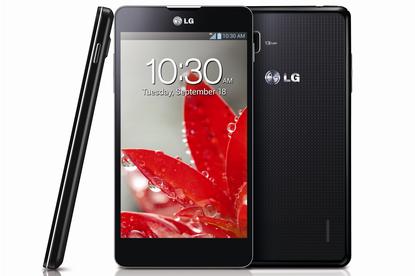 LG Optimus G: Not landing on Aussie shores until early 2013.

LG has released details of its latest flagship smartphone, but Australian consumers won't see it until early 2013, the company confirmed today.

The Optimus G, a 4G LTE capable smartphone described by LG as a "premium flagship device", will go on sale in Korea next week and "other key global markets" later this year. However, it will not be sold in Australia until early 2013.

The Optimus G forms part of LG's plan to release at least four LTE smartphones in Australia by the early part of 2013. In May, LG's Australia's Head of Mobile Communications, Ben Glimmerveen, told PC World Australia the company admitted it had "dropped the ball" in smartphones in the last 12-18 months but planned to make up for that with 4G devices.

"We were behind the game in smartphones, we dropped the ball," Glimmerveen said in May. "That's a global admission and it's good that we've done that. What we've done now is we've been on the front foot with the next tier of where this telecommunications phase is going which is LTE."

"We've got four LTE handsets in that time period [early 2013], we hope that will increase. To be very open and honest it probably will."

The LG Optimus G has a 4.7in IPS screen and is powered by a new 1.5GHZ quad-core Snapdragon S4 processor. It also has 32GB of internal memory, 2GB of RAM and a large 2100mAh battery.

LG confirmed the Australian model of the Optimus G will come with an 8-megapixel rear camera when it launches early next year. This is a downgrade from the 13-megapixel lens that will come standard on the Optimus G model sold in Korea and other markets.

The Optimus G will come with a number of new software features including a QSlide Function that can display two apps on the screen simultaneously, the ability to pinch-to-zoom on videos while they’re playing, and the ability to zoom in and out of common phone features like lists.

The delay in an Australian launch of the LG Optimus G comes at a time when 4G smartphones are becoming more common Down Under. Apple's 4G-capable iPhone 5 goes on sale later this week, while Motorola announced earlier this month that two of its new 4G Android smartphones — the RAZR HD and the RAZR M — will exclusively be sold in Australia through Telstra in the coming months.

In addition, a new, 4G-capable version of Samsung's popular Galaxy S III smartphone is available through Optus and Virgin Mobile now and will go on sale next month through Telstra.

Meanwhile, Optus has recently launched its 4G network in Sydney, Melbourne Perth and Newcastle, while Telstra announced that it is currently expanding its 4G mobile network coverage, promising to cover 66 per cent of the Australian population by mid-2013.

A promotional video detailing the design of the LG Optimus G can be seen below.